Sassoon general hospital has 502 dedicated beds for Covid 19 patients and its dean, Dr Murlidhar Tambe, said that the hospital was getting a high number of patients, many of them in critical condition, every day. 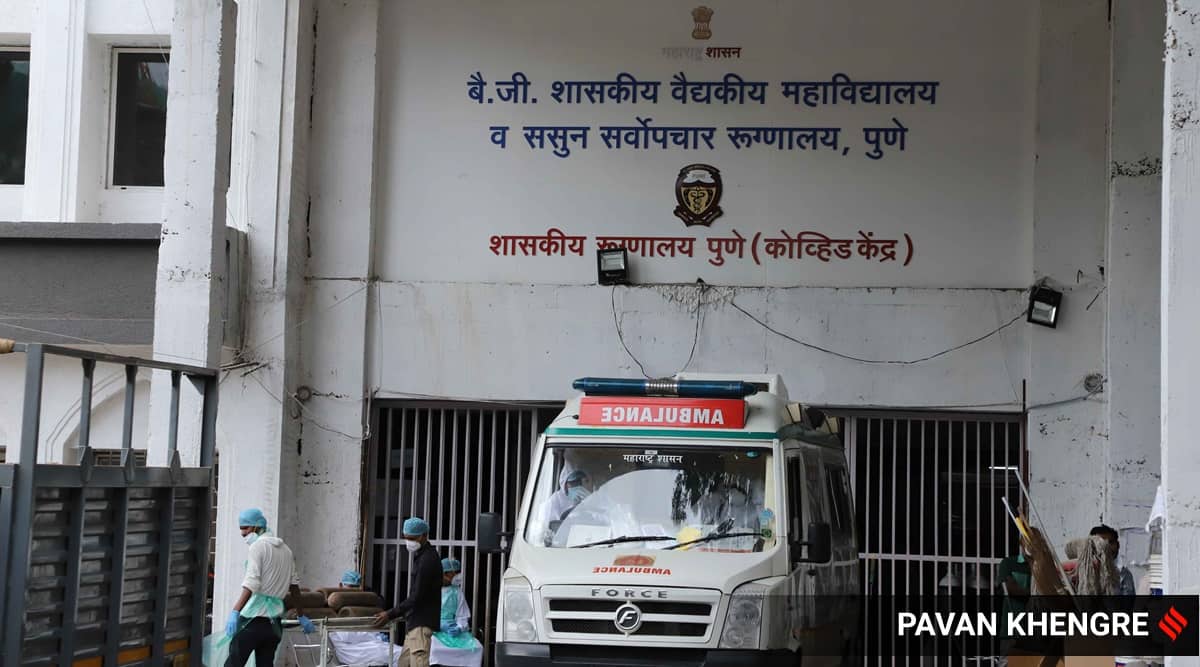 At Sassoon general hospital, the largest government hospital in the state, there is a requirement of at least 64 doctors including physicians, intensivists, anaesthetists and paediatric resident doctors. An advertisement issued on March 16 has so far received a response from only eight doctors.

Sassoon general hospital has 502 dedicated beds for Covid 19 patients and its dean, Dr Murlidhar Tambe, said that the hospital was getting a high number of patients, many of them in critical condition, every day.

“The patients usually visit two to three private hospitals and after failing to get beds there they come to Sassoon general hospital. Some patients are even brought dead,” Dr Tambe told The Indian Express.

Till date, Sassoon general hospital has admitted 25,624 patients of which 6,853 were Covid positive patients while the remaining were suspected with Covid 19 symptoms. A total of 2,312 persons have succumbed at the hospital due to the Covid 19 infection while 3,623 persons have recovered and been discharged from the hospital

The hospital and B J Government medical college has also been conducting tests for Covid 19 and as many as 1,886 tests were conducted on April 6 of which 540 samples tested positive.

The hospital administration needs more doctors and had arranged walk in interviews to recruit health care personnel on a contract basis for three months. The hospital requires at least 12 physicians (MD-medicine), eight intensivists, 12 paediatricians (for the ten bedded ICU), 24 resident anaesthetists/MD- medicine/ Chest physicians and eight paediatric resident doctors. There is another requirement for nurses and health care personnel as non Covid work is underway at the hospital and most of the staff is engaged in treating these patients.

The interviews were arranged on March 25 and 26 and the response has not been encouraging. The administration has sent out another proposal to the state requesting more doctors.