🔴 Acting DGP Sanjay Pandey denied allegations and challenged the veracity of the transcripts mentioned in the April 19 letter by former Mumbai Police Commissioner to CBI. The Bombay High Court on Friday concluded a hearing in a writ plea filed by the Maharashtra government seeking the constitution of an SIT to probe the case about the FIR registered by the CBI against former state home minister Anil Deshmukh. The court, however, reserved its verdict in the matter.

Acting DGP Sanjay Pandey denied allegations and challenged the veracity of the transcripts mentioned in the April 19 letter by former Mumbai Police Commissioner to CBI, which allegedly claimed that Pandey tried to advise Singh to withdraw his March 20 letter to the chief minister raising corruption charges against Deshmukh.

The state government also said that the current CBI director Subodh Kumar Jaiswal, who was former DGP of Maharashtra, was part of the Police Establishment Board (PEB) that was overseeing the transfer and postings of police officers in question.

The government added that over 92 per cent of the PEB recommendations were approved by the home ministry during Deshmukh’s tenure, therefore they were not mere recommendations and the central agency headed by Jaiswal cannot conduct an impartial and independent investigation.

The CBI, however, said that even if 92.6 per cent of the recommendations of the PEB were approved, the remaining nearly 7 per cent decisions by the ministry headed by Deshmukh may involve political interference and the same are required to be investigated.

The state government has sought directions to stay the proceedings arising out of the CBI investigation and raised grievances against summons issued by the agency to Chief Secretary Sitaram Kunte and DGP Sanjay Pandey, claiming that its “highest officers” were being harassed.

Senior advocate Darius Khambata, appearing for the state government, continued arguments in rejoinder opposing contentions of the CBI and said that the HC order on April 5, which initiated a preliminary investigation by the CBI against Deshmukh intended to instil confidence “in public at large”. Therefore, the CBI, which has Jaiswal — a key witness in the case — at its helm cannot conduct an independent investigation, he said.     Khambata also said that the state government had locus standi (standing) to file the plea and Jaiswal was directly involved in the case as over 92 per cent of the decisions of the PEBs participated or were chaired by him, were approved by the home ministry without any changes.

Khambata said that Pandey, who is “an upright officer fighting over issues such as favouritism” had nothing to do with Deshmukh’s case as he took charge as acting DGP only in April this year and has no connection to the PEB meetings in question.

Senior advocate Navroz Seervai for Pandey said his client does not accept the veracity of the transcript in the April 19 letter, as Singh has already said the same is an extract of the entire conversation and the electronic record can be easily manipulated.

Additional Solicitor General Aman Lekhi for CBI said that the state’s apprehension that Jaiswal could not oversee the investigation was misplaced. 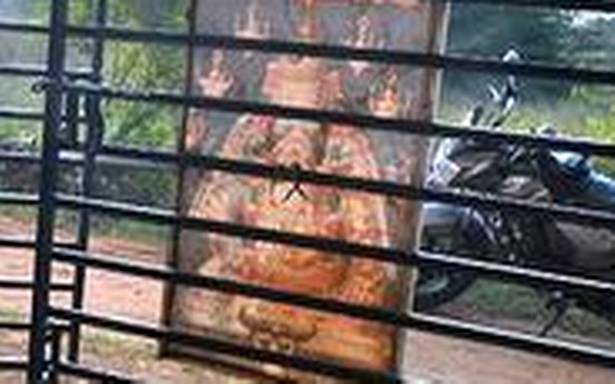