In a separate incident, three persons, including two women, were arrested near the Vidhan Sabha as they were trying to burn an effigy of Union Home Minister Amit Shah. 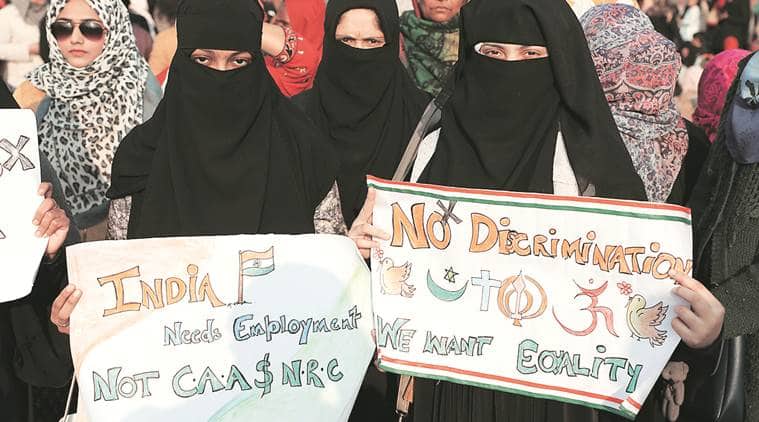 Late on Sunday night, the FIR was registered at Gomti Nagar police station against one Baby and unidentified others under IPC sections 145 (joining or continuing in unlawful assembly, knowing it has been commanded to disperse), 147 (rioting), 188 (disobedience to order duly promulgated by public servant) and 353 (assault or criminal force to deter public servant from discharge of his duty).

The FIR, registered on the complaint of sub-inspector Husain Abbas, alleged Baby and others manhandled constable Seema on Sunday evening. Baby, in her mid 50s, claimed to be a social worker.

Meanwhile, Sunni cleric Maulana Khalid Rasheed Firangi Mahali on Monday joined the protesters at Ghanta Ghar and said it is sad that the government has so far neglected the demands of women protesting in the cold.

In a separate incident, three persons, including two women, were arrested near the Vidhan Sabha as they were trying to burn an effigy of Union Home Minister Amit Shah. Sources said the trio was angered by Shah’s statement that SP chief Akhilesh Yadav will be jailed if he speaks against Bharat Mata.

For all the latest Lucknow News, download Indian Express App

Why will anyone opt for tax amnesty scheme?

Reality TV star Kylie Jenner shares the cutest pic of the ‘love of her life’ | Bollywood Life
We and our partners use cookies on this site to improve our service, perform analytics, personalize advertising, measure advertising performance, and remember website preferences.Ok