ATS claimed the three men were associates of two clerics, including Umar Gautam, four others, who were arrested last month for allegedly converting “more than a thousand people” to Islam by luring them with money, jobs, marriage among others. 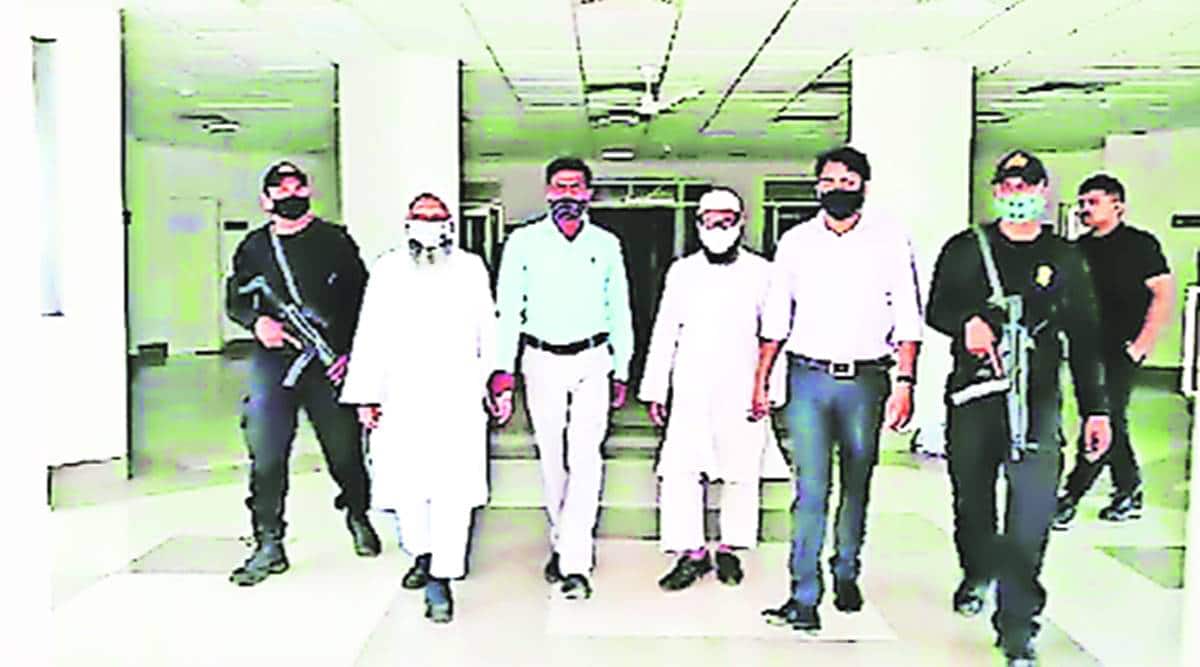 The UP’s Anti-Terrorist Squad (ATS) on Friday arrested three more persons from Nagpur in Maharashtra for their alleged involvement in illegal conversions, taking the total arrests to nine.

The men have been identified as Rameshwar Kaware alias Adam (29), Bhupriyavando Mankar alias Arsalan Mustafa (29), both residents of Nagpur, and Kausar Alam (50) of Dhanbad in Jharkhand.

ATS claimed the three men were associates of two clerics, including Umar Gautam, four others, who were arrested last month for allegedly converting “more than a thousand people” to Islam by luring them with money, jobs, marriage among others.

ATS said the three men were being brought to Lucknow from Nagpur by road. They would be produced before a local court where the agency would seek their police custody and question them about their involvement in conversion and unearth larger conspiracy behind it, said Additional Director General (law and order) Prashant Kumar.

Last month, the ATS had arrested six persons identified as Mufti Kazi Jahageer Kasmi, Mohammad Umar Gautam, Mannu Yadav alias Abdul Mannan, Irfan Sheikh, Rahul Bhola and Salauddin Sheikh. They were accused of running a “nationwide conversion racket”. Police said Umar Gautam was the brain behind the racket. The racket allegedly targeted women, the unemployed and poor by promising them good education, marriage, jobs, money and other things. Gautam and his associates are accused of collecting money through hawala route.

Among the three new arrests, Kaware, a graduate, was the focal point of the Maharashtra network and was part of a social media group used to convince people for conversion, claimed ADG Kumar. He and two others were allegedly in touch with Gautam and his associates.

Police added that because of his contacts in the Middle East and several Muslim countries, Kaware, whose wife is from Egypt, was involved with Islamic propaganda.

Police added that another accused, Alam, was an old associate of Gautam and involved in a seed business in several states. Police accused him of trying to convert people in Maharashtra, Karnataka and other states.

Alam had been taking part in a programme, Revert Get Together, organised by Gautam and Kaware, in the National Capital Region (NCR) since 2019, added police.

Another accused, Arsalan Mustafa, used to handle money collected by Gautam and his associates in Maharashtra.