According to sources, in-house experts of the state government are working on an app for health officials, who will be deployed at a call centre to guide patients to vacant beds in public and private facilities. 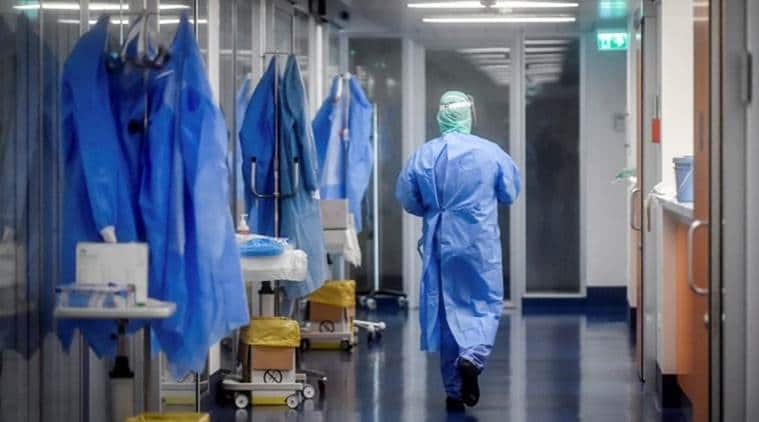 With people failing to find hospital beds in Bengaluru as the city witnesses a surge in Covid-19 cases, the Karnataka government is moving to set up a helpline and an app-based system to help patients get admissions to public and private hospitals.

According to sources, in-house experts of the state government are working on an app for health officials, who will be deployed at a call centre to guide patients to vacant beds in public and private facilities.

A version of the app could also be put in public domain to indicate bed availability so that “walk-in patients” can be allowed to take admission to beds designated for Covid-19 in private hospitals, the government sources said.

At present, Covid-19 patients are being allocated beds under a centralised system where BBMP downloads test results from the ICMR portal and sends positive cases to one of three categories of healthcare facilities depending on the severity of the infection.

Over the past few days, there have been two instances in Bengaluru where people above the age of 50 and suspected to be Covid-19 positive died after being denied admission to hospitals. There have also been instances where people brought to hospitals by ambulances dispatched by BBMP were denied admission since they did not have copies of test reports under the centralised reporting system.

The new call centre facility will be equipped with a real-time bed availability software and also have a helpline to coordinate ambulance service, a senior government official said. “The current system of informing patients after receiving test reports and then evaluating the level of care needed will also continue,” the official said.

“Work is in progress to streamline the process of allocating beds to Covid patients and a new set of guidelines should be ready for release soon. Private hospitals have also agreed to reserve beds for treatment of patients,” state minister for medical education Dr K Sudhakar said Thursday.

Initially, the state government had planned an app- based bed allocation system on the lines of cab aggregators but experts have suggested that human interaction is needed for the system to work.

“Even when cabs are booked through apps, there is a level of human interaction. In a healthcare system more than anywhere else, people will need to speak to someone to ensure facilitation of a service rather than relying on a software by itself,” said Dr Balaji Pai, special officer for the Trauma Care Centre at Victoria Hospital, the largest government-run critical care hospital for Covid-19 patients in Bengaluru.

Health authorities are also attempting to free up some of the 1,514 beds in the government sector occupied by asymptomatic patients.

“Asymptomatic patients are being discharged after a week and no new admissions are being done. They are being referred to Covid Care Centres in institutions like hostels, hotels etc,” a health official said.

There are now over 2,700 Covid-19 beds in the public and private sector in Bengaluru.

A group of experts have advised the state government to allow asymptomatic patients to stay in home isolation if a separate room with an attached bathroom is available.

The government, however, is not inclined to begin home isolation for asymptomatic patients until a stage is reached where all hospital beds are needed for the more seriously ill.

“Poor people do not have homes where a room with an attached bathroom can be spared for an asymptomatic Covid-19 case. We cannot stop hospital quarantine for asymptomatic persons unless we run out of beds,” a senior government official said.

To house asymptomatic patients, Covid care facilities have been created at places like the University of Agricultural Sciences, the Haj Bhavan, Sri Sri Ravi Shankar Ashram, the Koramangala Indoor stadium with a capacity to house over 2,500 patients, officials said.

As many as 4,244 of the 5,505 active Covid-19 cases in Bengaluru were recorded in the last six days — over 500 cases have been reported on a daily basis, including a single-day high of 889 cases on Thursday. The number of critically-ill patients, however, dropped from 177 to 113 Thursday, easing the high demand for ICU beds seen over the last weekend.