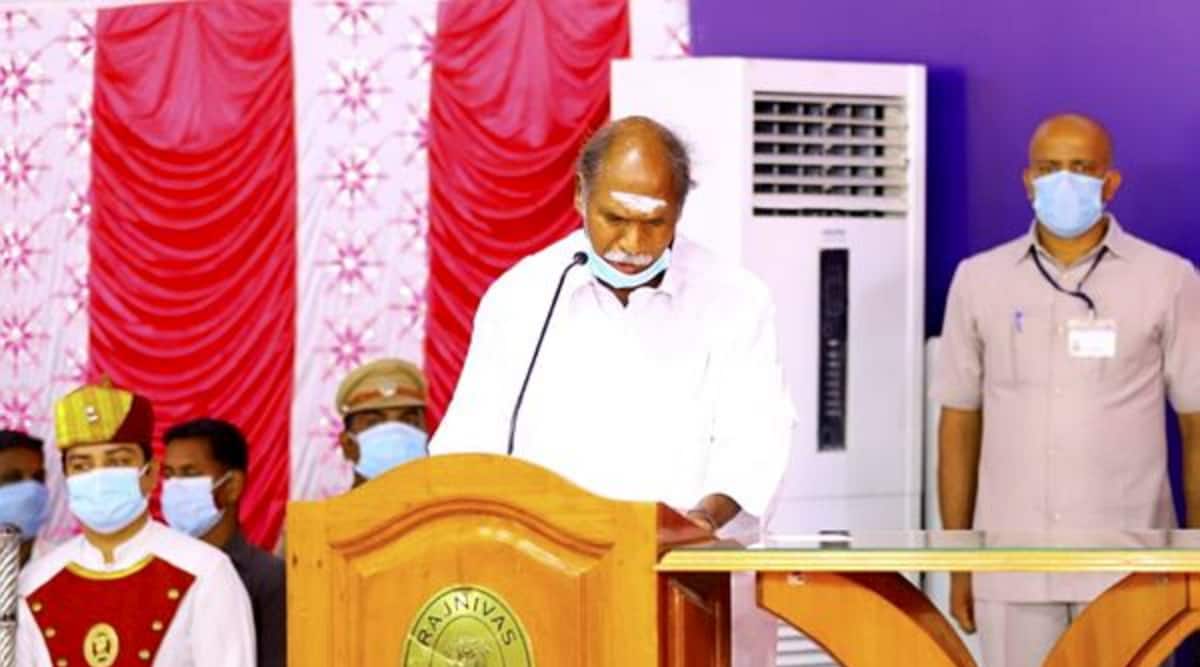 The Union government on Monday appointed three BJP members as MLAs to the Puducherry Legislative Assembly, taking the number of BJP MLAs in the house to nine. Venkatesan K, a former DMK MLA; VP Ramalingam, brother of former speaker VP Sivakolunthu; and advocate RB Ashok Babu have been appointed as MLAs.

In the recently-concluded assembly polls, AINRC-BJP-AIADMK contested as part of the NDA alliance. In the polls, AINRC won 10 seats and BJP won six seats to form the government. After several rounds of talks between the alliance parties, BJP MLAs pledged their support to nominate AINRC leader N Rangasamy as the Chief Minister. He was sworn in as the Chief Minister of the Union Territory of Puducherry on May 7. Lieutenant Governor Tamilisai Soundararajan administered the oath of office to Rangaswamy who will lead a coalition government of BJP members in his cabinet.

BJP’s A Nammassivayam, who was elected unanimously as the BJP legislature wing leader, is likely to be appointed as the Deputy Chief Minister. With the addition of MLAs, the strength in the Assembly has reached 33. AINRC (10), BJP (9 – including three nominated MLAs), DMK (6), Independent (6) and Congress (2).

Meanwhile, Chief Minister Rangasamy who contacted Covid-19 is recovering well as per the bulletin issued by MGM Healthcare. The hospital said he is maintaining normal oxygen saturation and he continues to be stable.

According to sources, BJP is planning to include two more independent MLAs into its fold making them the largest party in the house. Independent candidate Gollapali Srinivas Ashok who contested against N Rangaswamy and won by a bigger margin in Yanam constituency was spotted at the BJP office bearers meeting last week.