While announcing the scrapping of the Metro car shed project at Aarey Colony in Mumbai last month, Chief Minister Uddhav Thackeray had said that the project would be shifted to a government-owned land in Kanjurmarg. Maintaining that Mumbai suburban district collector’s October 1 order transferring 102-acre Kanjurmarg salt pan land for the Metro car shed to the Mumbai Metropolitan Region Development Authority (MMRDA) was “illegal”, the Union government on Friday sought from the Bombay High Court a stay on the operation of the order till further hearing of the case and also to restrain authorities from any construction work on the land till then.

A division bench of Chief Justice Dipankar Datta and Justice G S Kulkarni was hearing Centre’s writ plea, filed through its deputy salt commissioner, which also challenged a November 2018 order of the Maharashtra revenue minister that declared that while the state was the owner of salt pans in Mumbai, some of which were privately owned.

While announcing the scrapping of the Metro car shed project at Aarey Colony in Mumbai last month, Chief Minister Uddhav Thackeray had said that the project would be shifted to a government-owned land in Kanjurmarg.

The state, through the Mumbai suburban collector, had passed an order transferring the Kanjurmarg salt pan land on October 1 and handing over its possession to MMRDA on October 6. Consequently, MMRDA transferred the land to Delhi Metro Rail Corporation Limited on October 8 for work to begin.

The Centre’s plea has said that the November 1, 2018 order of the revenue minister was “hit by the vice of non-application of mind and is ex-facie erroneous, illegal”. Additional Solicitor General (ASG) Anil Singh, representing the Union government, told the HC on Friday that salt pans were always with the Centre and that the same has also been recognised by the MMRDA and the Maharashtra government.

He added that Kanjurmarg land was given to a private party on a lease, which was terminated in 2004. “The state government and the MMRDA have written to the Centre seeking transfer of the land. This shows the land belongs to the Centre and it is in the salt commissioner’s possession,” said the ASG.

When Justice Kulkarni asked if the Centre’s contention was that the collector passed a transfer order “on assumption” that the land belonged to the state, Singh responded in affirmative.

The Centre will continue its submissions followed by the state’s response during the next hearing on Tuesday. 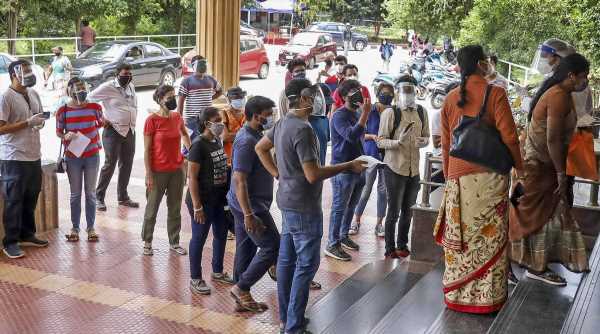