Officials of the Chandigarh Pollution Control Committee said that it was due to the crackers used in the effigies that the air quality index saw a plunge. 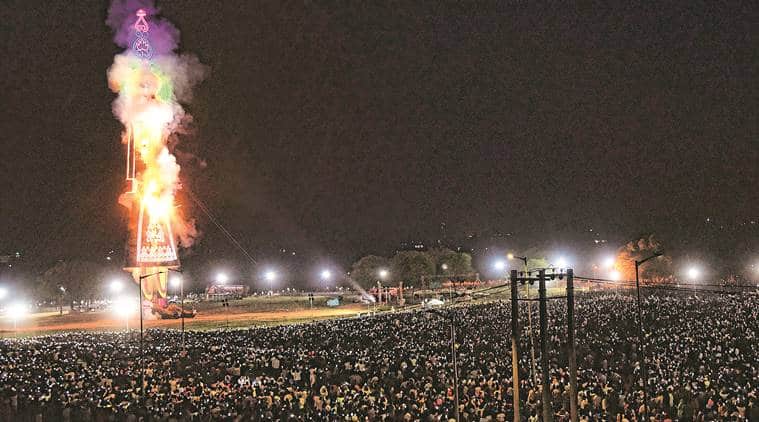 Air quality in the city recorded “moderate” level that causes discomfort to people with lung and heart diseases as the city celebrated Dussehra with several effigies of Ravana going up. However, the level came down to “satisfactory” after 7.30 pm.

The monitoring station in Sector 25 recorded “moderate” level after the burning of effigies with air quality index recording 102 micrograms per cubic metre. The same had been within the satisfactory level continuously for the last many days. But since Monday, it has been showing within moderate category.

However, the pollution level was manageable and came down to 99 micrograms per cubic metre which was within the satisfactory category at 7:34 pm.

Officials of the Chandigarh Pollution Control Committee said that it was due to the crackers used in the effigies that the air quality index saw a plunge. “I would suggest people should not go for morning and evening walk at least for a day till the time the pollution level comes to normal,” a senior official of the CPCC said.

In the most expensive Dussehra event, a 221-foot-high Ravana cost the organisers around Rs 50 lakh, Rs 30 lakh alone spent on the single Ravana effigy. This event was organised at Dhanas this time.

Traffic chaos was witnessed at most of the prominent venues, especially at Dhanas, after the effigies were burnt.