The restrictions were announced on January 13. All buses bound for Puducherry, Cuddalore and Chidambaram along the East Coast Road will depart only from the K K Nagar bus station. 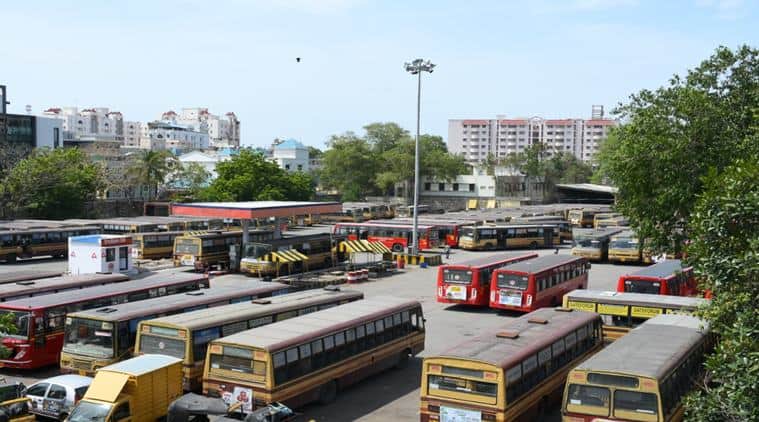 With lakhs of Chennaiites making their way out of the city for Pongal, the Greater Chennai Traffic Police (GCTP) has imposed restrictions on the movement of special government buses from six bus stands in Chennai until Tuesday.

With Tamil Nadu State Transport Corporation (TNSTC) operating over 30,000 special buses, the GCTP has issued a circular on traffic restrictions to streamline their movement and ensure that traffic chaos in Chennai is brought down to a minimum.

Buses heading to Thiruvannamalai will depart from Tambaram railway station bus stop, while buses plying along Porur, Chetpet, Vandavasi and Gingee and buses bound for Panruti, Neyveli, Vadalur, Chidambaram and Kattumannakoil via Thindivanam will be operated only from the Tambaram main bus stand.

Meanwhile, all buses bound for Puducherry, Cuddalore and Chidambaram along the East Coast Road will depart only from the K K Nagar bus station.

With over a hundred buses being operated from Koyambedu bus terminus for Pongal, stops have been added at designated places for the buses heading to and from Koyambedu. As per the circular, government buses enroute Koyambedu from Vandalur Flyover, Irumbuliyur Junction, Maduravoyal, Toll Plaza, Karthikeyan Nagar, MGR University, Nerkundram and Poonamallee Bypass will stop at Maduravoyal Flyover, Vanagaram, Jesus Calls Prayer Tower, Koyambedu Flyover and Koyambedu Police Stations before heading inside the Puratchi Thalaivar Dr. MGR Bus Stand.

Omni buses operating from Koyambedu Market E Road will be directed to Poonamallee through Koyambedu Market B Road, following which the buses will head via Nazarathpet to other places in Tamil Nadu.

Omni buses plying towards Vadapalani have been barred from plying along Maduravoyal Bypass and 100 Feet Road. The GCTP has directed drivers to park their vehicles at Sivaji Park behind Sri Vari Marriage Hall and pick up passengers from the bus stop near Jesus Calls Prayer Tower before heading to their destinations.

For all the latest Chennai News, download Indian Express App