The notice was issued Wednesday by AICC in-charge Harish Chaudhary. It asked her to explain her support for Amarinder, who had floated his own party. 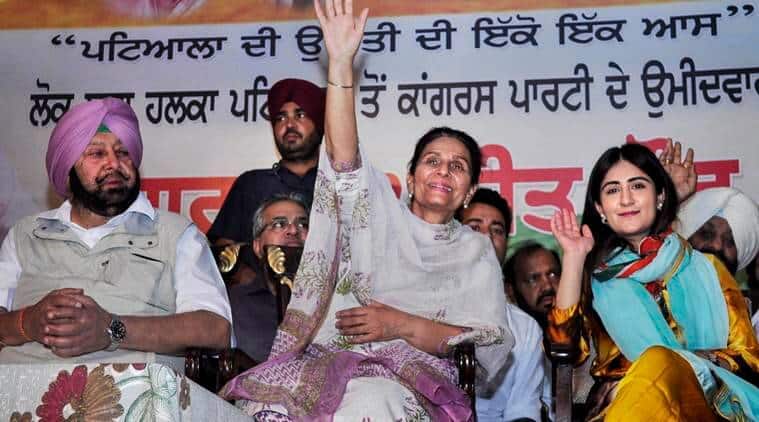 TWO DAYS after Congress MP from Patiala Preneet Kaur praised her husband and former Chief Minister Captain Amarinder Singh and said that she was with her family, the Congress on Wednesday issued her a show cause notice.

The notice has been issued by AICC in-charge Harish Chaudhary asking her to show cause as to why she was supporting Amarinder, who had floated his own party.

The notice reads, “From the past many days, we are continuously receiving reports from Congress workers, MLAs, leaders from Patiala and media about your anti-party activities. This information and news has been coming ever since your husband Captain Amarinder Singh resigned and floated his own party — Punjab Lok Congress. We are also made aware of your open announcements in the media about siding with your husband’s party. Kindly explain your stand on the issue within a period of seven days otherwise the party will be forced to take necessary disciplinary action.”

A senior party leader told The Indian Express that the party will not take it kindly if she goes among the workers talking about Amarinder’s party.

“She will have to make a choice. We will wait to see the impact of the show cause notice and after that we will take a call,” the leader said.

The party hopes that she will resign from Congress on her own and then the anti-defection law comes into effect. Otherwise, if the party expels her then she would continue to be a parliamentarian from Patiala.
The middle path, the party can take, will be to suspend her.

He added that the party was already prepared that she would join Amarinder, who had already made an announcement that he would be contesting election from Patiala and will get into a seat sharing arrangement with the BJP.

Amarinder’s daughter, Jaya Inder Kaur, has been nurturing the constituency also. It remains to be seen if the former CM will give tickets to his family members or not in the upcoming elections.
Amarinder, it is learnt, is waiting for a meeting with Union home minister Amit Shah to discuss the modalities. He is in the process of setting up a party office in Chandigarh, sources said.