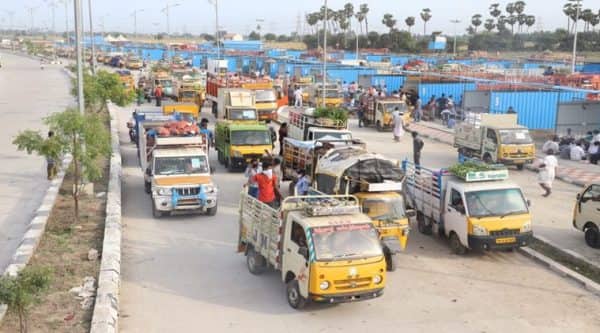 With the nation entering the first phase of the ‘unlock’ plan Monday, bus services with 50 per cent strength and 60 per cent occupancy resumed in Tamil Nadu after 68 days. Close to 400 buses started operations in Madurai, providing much-needed relief to those struggling to commute from their towns to the city.

The Tamil Nadu government has classified the 37 districts in Tamil Nadu into eight zones, with relaxations not applicable for areas like Kancheepuram, Chengalpet, Tiruvallur, Greater Chennai, where a higher number of Covid-19 cases have been reported.

The state government on Sunday had extended the lockdown in Tamil Nadu till June 31 to curb the spread of COVID-19 following guidelines issued by the Union Home Ministry.

A total of 48 flights operated between Chennai and major cities on Monday.

Chennai Commissioner of Police prohibits all gatherings until June 12

The Commissioner of Police, Chennai, A K Viswanathan has issued an order prohibiting all gatherings and assemblies within the Greater Chennai Police jurisdiction between May 28 and June 12 to curb the spread of COVID-19 and enforce social distancing in the city.

In an order that was signed on May 28 and made available today, the Commissioner has “prohibited all assemblies, processions, fasts, demonstrations, human chains and meetings in any street, road, thoroughfares or other public places within the Greater Chennai Police jurisdiction for a period of 15 days commencing from 3 pm on May 28 and ending at with 3 pm on June 12.”

The Greater Chennai Corporation (GCC) on Monday declared 53 localities across Chennai as non-containment zones, after no new cases were recorded in the areas over the past 14 days.

The Southern Railway commenced operations of few passenger trains in the State on Monday. The first Madurai – Villupuram Superfast Special train between Villupuram and Madurai departed from Villupuram at 7 am.

All the passengers were thermally screened before boarding and were instructed to wear masks at all times and ensure social distancing while travelling.

Thousands of migrant workers who were stranded across Tamil Nadu returned to their hometowns via two Shramik Special trains on Monday so far.

A second train between Chennai and Akbarpur departed for Akbarpur at 4.10 pm from the Puratchi Thalaivar Dr. M G Ramachandran Chennai Central Station.

All the passengers were thermally scanned before boarding and were instructed to adhere to social distancing norms while boarding and travelling.

Among these, Chennai reported 967 positive cases, bringing the city’s total to 15,770. Tamil Nadu recorded 11 deaths on Monday, putting the state toll at 184. All 11 of them succumbed due to comorbidities.

According to a bulletin released by the Health and Family Welfare Department of Tamil Nadu, 5,03,339 samples from the state have been sent for testing till date, with 11,377 samples having been sent today.

Besides Chennai, 48 cases were reported in Chengalpattu, nine cases in Kancheepuram, 33 in Tiruvallur, five in Coimbatore, Dindigul and Ranipet, two in Kanyakumari, Ramanathapuram and Tenkasi, four in Namakkal, Thanjavur and Vellore, 16 in Salem, 10 in Thiruvannamalai, three in Tirunelveli, eight in Villupuram and one each in Cuddalore, Nilgiris, Perambalur, Pudukottai, Sivagangai, Thirupathur, Thoothukudi and Virudhunagar districts.

For all the latest Chennai News, download Indian Express App.