The bungalow is being constructed in Ella village under Tiswadi taluka and a part of the land was sold to Mumbai-based developer Manish Munot, husband of BJP spokesperson Shaina NC, in 2015. 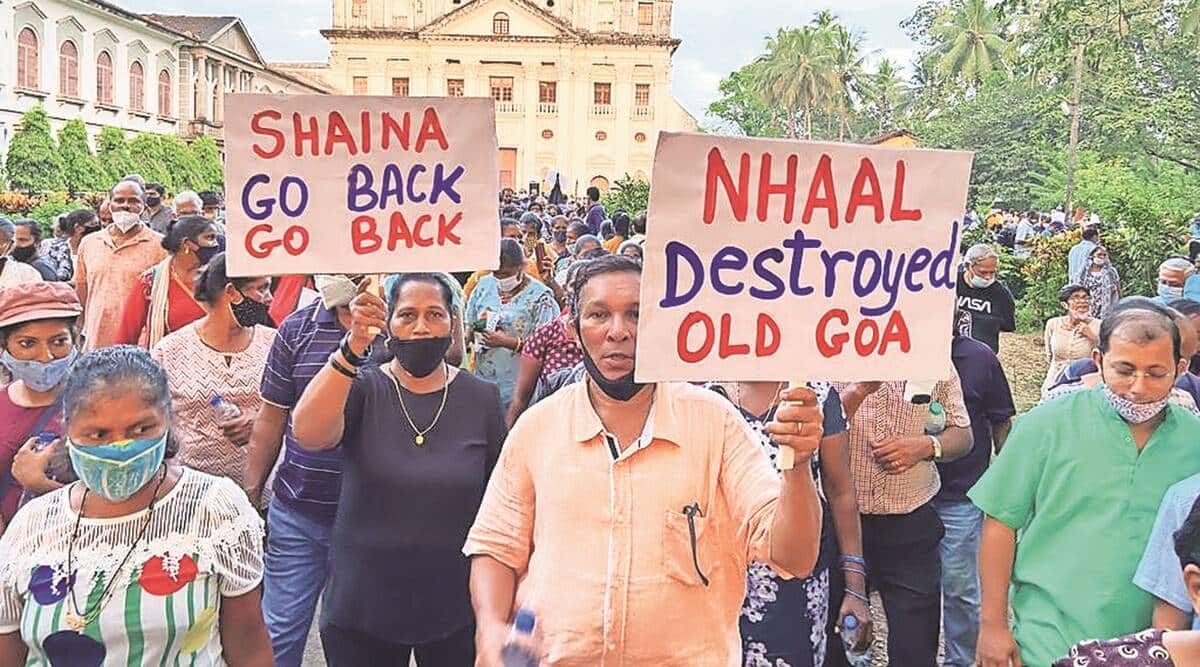 Two days after at least 3,000 people attended a protest against the allegedly illegal construction of a bungalow in a protected heritage area, activists and the Save Old Goa Action Committee (SOGAC) have announced a day-long fast on Wednesday over the issue. Old Goa is home to a UNESCO world heritage precinct that includes several heritage monuments, including seven churches.

Lawyer Andrea Mascarenhas, one of the activists opposing the construction, said on Tuesday that the turnout at Sunday’s protest had shown that Goans care about their heritage. “A national leader of the ruling party has committed fraud by constructing an illegal structure. The ruling party has connived with her to get all the fraudulent permissions,” said Mascarenhas.

The bungalow is being constructed in Ella village under Tiswadi taluka and a part of the land was sold to Mumbai-based developer Manish Munot, husband of BJP spokesperson Shaina NC, in 2015. SOGAC, in its letter to Chief Minister Pramod Sawant in September, had said, “This is a case of gross misuse of power by the state government to favour a powerful and influential party.”

“From 8am to 6pm on Wednesday, we will be sitting on a fast and will pray that the government realises the first-degree fraud it has done in connivance with the political party in giving fraudulent permissions to national leader Shaina NC,” said Mascarenhas.

When contacted on Tuesday, Shaina said, “I have nothing to say….there has to be some legitimacy.” Munot said he did not want to comment on the matter. It is learnt that Munot has pulled out of the construction.

Earlier, Goa BJP president Sadanand Tanavade had told The Indian Express that the issue was a local one and had nothing to do with the party.

SOGAC has also moved the Supreme Court over the permissions granted for the bungalow’s construction. In its petition, SOGAC has stated that the bungalow was being constructed on land divided into two parts — 2,400 sq mt of it was sold to Suvarna Lotlikar, wife of Suraj Lotlikar, former treasurer of the Goa Forward Party, and 9,500 sq mt was sold to Munot.