While Kakkar could not be contacted despite repeated attempts, Dr Dhruv Chaudhary, a Nodal Officer for COVID-19 at PGIMS Rohtak and Head of the Pulmonary & Critical Care Medicine vociferously supported the student and even confirmed that doctors everywhere are in need of more protective gear. 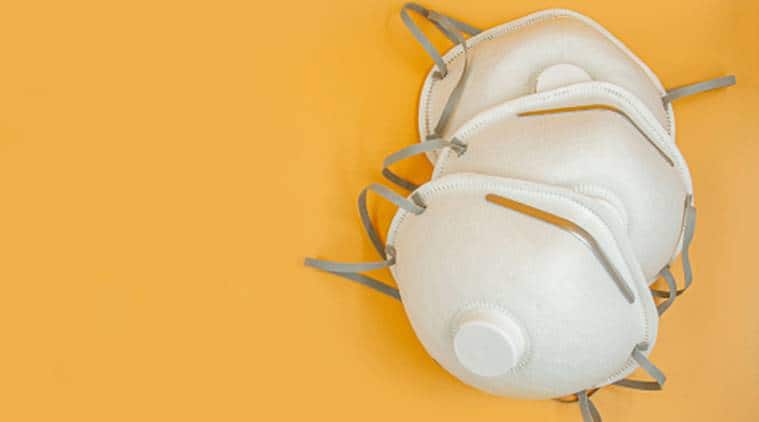 Dr Kamna Kakkar, who has been pursuing MD in Anaesthesiology and Critical care since 2017 at Haryana’s biggest medical institute, soon after her series of tweets – which began late night on Monday, regarding the issue of protective gear, faced accusations of being “fake” with a portal even publishing a story against her. Many verified Twitter handles including BJP IT Cell head Amit Malviya questioned her credentials.

Soon after the senior Congress leader Rahul Gandhi retweeted her tweet with a comment that, “I am feeling sad, because this was completely avoidable. We had time to prepare. We should have taken this threat much more seriously and have been much better prepared”, she went silent. Her phone was switched off for hours and her Facebook account was also deactivated. The Twitter account with 12K followers was also deleted.

While Kakkar could not be contacted despite repeated attempts, The Indian Express spoke to Dr Dhruv Chaudhary, a Nodal Officer for COVID-19 at PGIMS Rohtak and Head of the Pulmonary & Critical Care Medicine, who vociferously supported the student and even confirmed that doctors everywhere are in need of more and more protective gear.

Chaudhary said, “Kamna is one of our very fine post graduates, a very energetic person and, I would say, who looks after and thinks about as young people should. She were posted in a trauma centre that day and she had a couple of colleagues one of whom had a bit of a cough… she got scared ….that is what she told me”.

“Why should she get a threat? She is my front line. If something goes wrong to her, where will I go? We take complaints of our colleagues seriously. I need to look after my people. What she has flagged that there has been scarcity… you all know about it… we have been lucky till now. What will happen after one week, I do not. Government is working. We are working. The government in Haryana has been very responsive,” Chaudhary added.

Asked whether there was any scarcity of N95 masks and Personal Protective Equipment at the PGIMS, Chuadhary said, “The answer is capital YES. This is part and parcel of hospitals across the states. We have reasonable stocks to begin with and with time, if you do not refurbish, it is not sustainable. It is taking time to fill up“.

Conceding there was a huge scarcity of triple-layer marks also, Chaudhary said, “Today I have more than 60,000 triple-layer masks in the institute. We have a number of PPE. I am not very comfortable but we have enough to carry over for another week. We expect our resources will be replenished by that time. We have more than 4000 sanitizers of 500 ml.“

President of the Resident Doctor Association, Dr Kunal Gaba, while supporting his colleague said, told The Indian Express they do not know which case may turn out to be positive as it is a full-blown epidemic,

“Merely asking people about travel history is not enough. Many are hiding it. The only way left is that healthcare workers should be safe. Imagine a scenario where one of our resident doctors, posted in emergency, gets in contact with a COVID-19 positive patient and does not develop any symptoms for three days also…. in between those three days, he will be examining, treating around 400-500 patients and even more than that. Almost 50 percent of them will be getting the infection from them”.

Before deleting her account,, Kakkar asked people to not use her tweet for any agenda and tweeted… “…I am only here for the welfare of my fellow colleagues…” In a tweet to Prime Minister’s office, she said, “Please don’t send me to war without weapons. Please arrange #PersonalProtectiveEquipment for us doctors ASAP. We need #N95maks, #HazmaSuits to defeat Corona. Sincerely yours, an Indian doctor”.