One railway line in the Vijayawada-Chennai section was re-opened for traffic on Monday after repairs were completed to the damaged section near Padugupadu in SPS Nellore district. 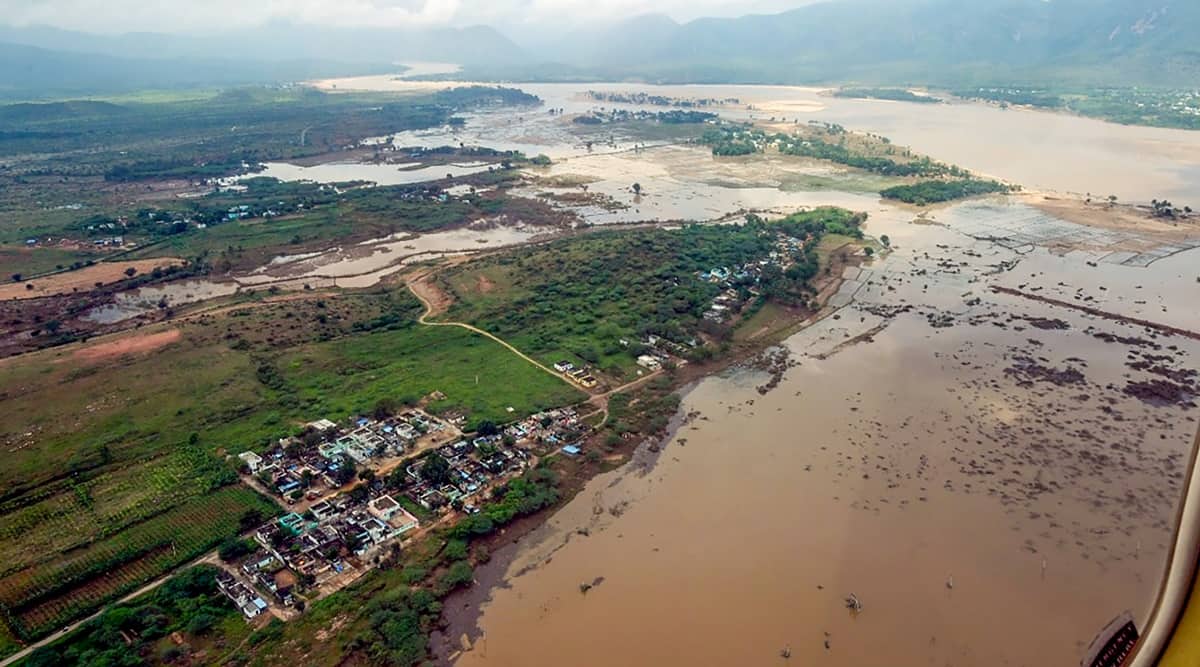 The toll in rain and flood-related incidents in Andhra Pradesh touched 34 while 10 more people still remained untraced, the state government said on Monday.

One railway line in the Vijayawada-Chennai section was re-opened for traffic on Monday after repairs were completed to the damaged section near Padugupadu in SPS Nellore district.

The Chennai-Kolkata National Highway-16, which remained cut off in SPS Nellore district since late Saturday night, was also partially restored for vehicular traffic.

Each family of the deceased would be paid an ex gratia of Rs five lakh, he said.

Families of government employees killed in rescue operations would be paid Rs 25 lakh each and a member of the family would be given a job.

Kanna Babu said agriculture and horticulture crops in over eight lakh acres were damaged in the deluge, pushing as many as 5,33,345 farmers into distress.

The Minister said detailed enumeration of crop loss was being undertaken in the flood-hit districts.

The government decided to supply fresh seed at 80 per cent subsidy.

Earlier, Chief Minister Y S Jagan Mohan Reddy conducted a videoconference with Collectors of the flood-affected districts and enquired about the relief operations.

Over 50,000 persons have been lodged in relief camps in these four districts.

The Chief Minister directed the Water Resources Department to be alert and take immediate steps to plug the breaches to tanks and carry out repairs.

He asked the Medical and Health Department officials to organise medical camps and render required services and supply medicines to needy patients in the affected districts.