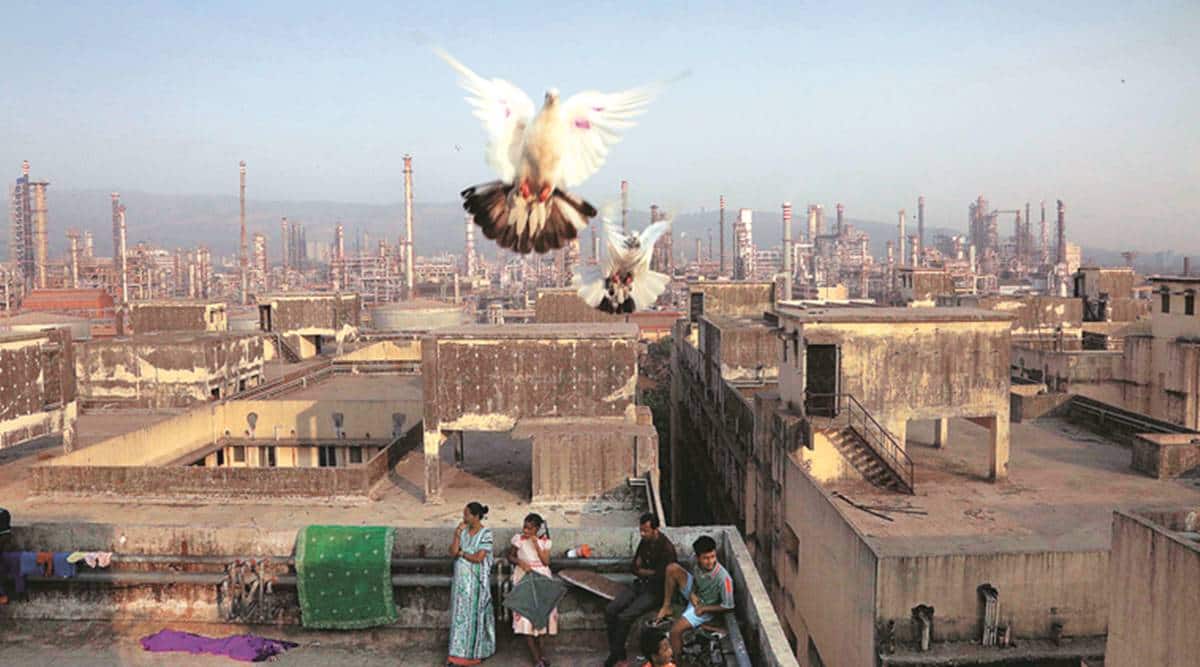 THE National Green Tribunal on Friday imposed a fine of over Rs 286 crore in damages on four companies, including Bharat Petroleum (BPCL) and Hindustan Petroleum (HPCL), holding them responsible for the “gas chamber”-like conditions in Mumbai’s Ambapada, Mahul and Chembur.

Apart from BPCL and HPCL, M/s Sealord Containers Limited and Aegis Logistics Limited, which are involved in logistics of storing oil, gas and chemicals, were found guilty of releasing volatile organic compounds (VOCs).

“While it is true that there may be many reasons for the presence of VOCs in the atmosphere, like vehicular emissions etc, it cannot be denied that the said four companies… contribute substantially and predominantly to the VOCs in Mahul and Ambapada villages,” the tribunal noted.

The Central Board of Pollution Control had constituted an in-house technical committee to determine the damage caused to the environment and arrive at the cost to be imposed on the companies. The fine is based on the “polluter pays” principle, which imposes absolute liability on parties handling harmful substances to pay for any damage caused.

In this connection, the tribunal had sought a ‘respiratory morbidity survey’ report from KEM Hospital in Mumbai in 2015 of residents in Ambapada, Chembur and Mahul. While the survey found that 67.1 per cent of the people in Mahul area complained of breathlessness more than three times a month, 76.3 per cent reported complaints in all seasons, 86.6 per cent complained of eye-irritation and 84.5 per cent felt a persistent chest pain. A pulmonary function test had shown that 7.3 per cent had mild restriction and 5 per cent had mild obstruction of the lungs.

The tribunal appointed a 10-member joint committee, including two CPCB nominees and representatives of the Union Environment Ministry and Maharashtra State Pollution Control Board, apart from health experts, to prepare an action plan for restoration of the areas affected. This would include the health of the residents concerned.