A senior doctor at AIIMS, where she is admitted, said, “She suffered severe injuries to her private parts and head and was put on a ventilator. Doctors performed two surgeries and her condition is better now. She is in the ward and on oxygen support.” 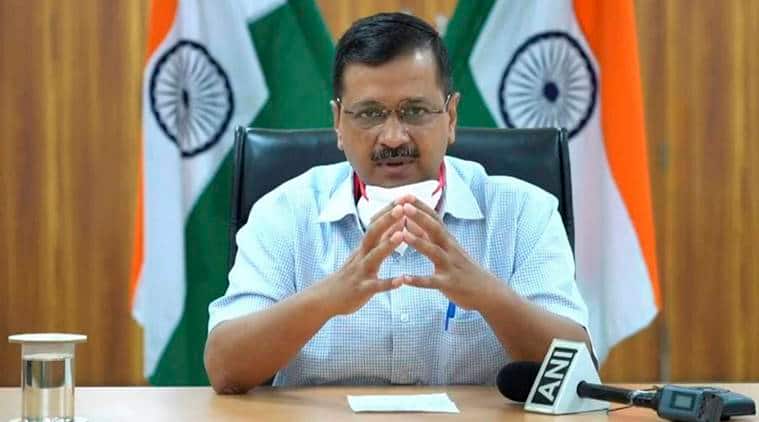 Two days after a 12-year-old girl was brutally attacked and sexually assaulted while she was alone at home, Delhi Police have arrested a man after scanning over 100 CCTV cameras in the Outer Delhi locality. A history-sheeter, the accused, Krishan (33), is involved in over four cases of murder, attempt to murder and burglary from 2004-06, police said, adding that he was out on bail.

The accused was identified from footage from a camera and arrested from Mangolpuri late Thursday night. “We registered a POCSO case and formed 20 teams, led by DCP Dr A Koan, to nab the accused. These teams scanned over 100 CCTV cameras for footage from the area, interrogated all suspects and conducted a local enquiry. Police then zeroed in on the prime suspect and interrogated him. He corroborated the sequence of events leading to assault on the child,” Joint CP (West range) Shalini Singh said.

A senior doctor at AIIMS, where she is admitted, said, “She suffered severe injuries to her private parts and head and was put on a ventilator. Doctors performed two surgeries and her condition is better now. She is in the ward and on oxygen support.”

Police said the girl is not in a condition to give a statement and they have recorded the statement of her parents, who were at work when the incident took place. A case has been registered under section 8 of POCSO (sexual assault) and IPC section 307 (attempt to murder).
On Tuesday evening, the minor was spotted by her neighbours in her balcony, covered in blood and unable to stand. She was taken to a hospital in the area and later referred to AIIMS.

Chief Minister Arvind Kejriwal and Delhi Commission for Women chairperson Swati Maliwal met the girl’s parents at AIIMS on Thursday. The CM said the family would be given Rs 10 lakh as compensation.

Sources in the police said Krishan allegedly went to the building to commit burglary, and on finding the door to the girl’s house open, entered. When she spotted him, she screamed for help but the accused caught her and attacked her with a pair of scissors. Police said he allegedly stabbed her multiple times and she sustained injuries to her lower abdomen, face and head.

Police recovered the blood-stained scissors from the victim’s house and have sent it for testing.

After visiting the family, the CM said: “The 12-year old girl was brutally attacked, and her condition is critical. She has suffered serious internal injuries and is currently unconscious. Doctors said she was in a really bad condition when she was brought to the hospital on Tuesday. She has undergone surgery and doctors are trying their best to save her. It would take around 24-48 hours to know and assess whether she will be out of danger. We hope that she recovers soon and goes back to home. I also spoke to the Delhi Police Commissioner about the incident.”

The incident also drew condemnation from BJP MP Gautam Gambhir, who said in a tweet: “The brutal rape of a 12-year-old child is absolutely horrific! Those animals deserve nothing less than death. All of us are praying for her & I urge Delhi Police to bring the perpetrators to justice at the earliest.”