The CM said during the Congress’s tenure, the land belonging to the villagers was snatched away for building a memorial. “This is Congress’s sin that is being fixed by our government,” he said. 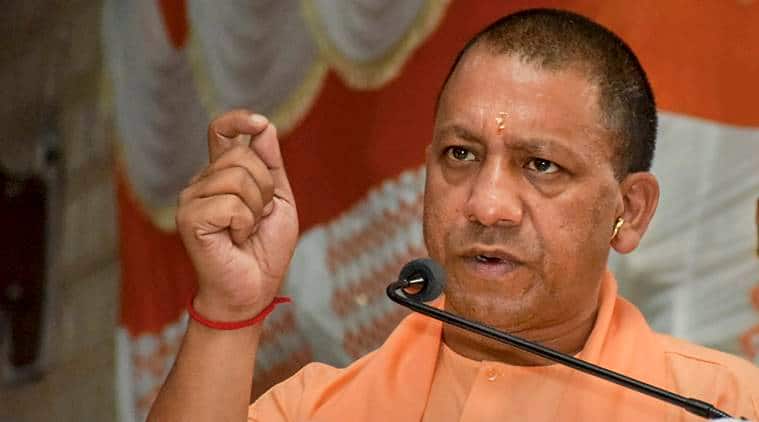 Chief Minister Yogi Adityanath, who visited Umbha village in Sonbhadra district Friday, alleged that erstwhile Congress governments snatched away land from the villagers. He was in the village to review the progress of his government’s schemes.

In July, 11 persons belonging to the Gond community were killed and 23 injured in firing triggered by a row over land between members of the Gond and Gujjar communities.

The CM said during the Congress’s tenure, the land belonging to the villagers was snatched away for building a memorial. “This is Congress’s sin that is being fixed by our government,” he said.

The CM told the residents that between 1952 and 1955, “your rights were snatched away by the Congress”. “The people of this country have punished the Congress for their sins,” he added.

He questioned whether Congress general secretary Priyanka Gandhi Varda “would apologise for her party depriving the poor of their land”.

Meanwhile, Adityanath handed over allotment papers to 281 residents of the village for portions of land Friday. “Financial assistance of Rs 18.50 lakh was provided to family members of those who died, while Rs 6 lakh was given to those who were injured,” said a government statement.

As many as 57 persons, including village head Yagya Dutt, were arrested in connection with the incident.

Rs 340 crore in the village and announced that a Rajkiya Aashram Padati Awasiya (Balika) Vidyalaya (residential inter college) would be started in the village.

in Umbha village. The people of the village will also get benefits of the PM Awaas Yojana after the allotment for land is done,” the CM said.

He also announced that places where power connection can’t reach would be provided electricity through solar panels.

Reacting to the CM’s remarks, CLP Leader Ajay Kumar Lallu, “I want to ask the CM a few things. When was the disputed land in Umbha village registered in the name of the pradhan and when was the mutation for the land done? It was done during Adityanath’s government. And as far as Priyankaji apologising is concerned, it was because of her protest that the state government took the matter seriously and it was because of her that the people of Umbha have been given justice. She should be congratulated for it,” Lallu said.