Zadafia, who was BJP incharge on 22 Lok Sabha constituencies in Uttar Pradesh during the 2019 general elections, spoke about the perceived threat, his regrets on quitting the BJP and his association with the Ram Temple movement as secretary in the Vishva Hindu Parishad, in an exclusive interview to The Indian Express. 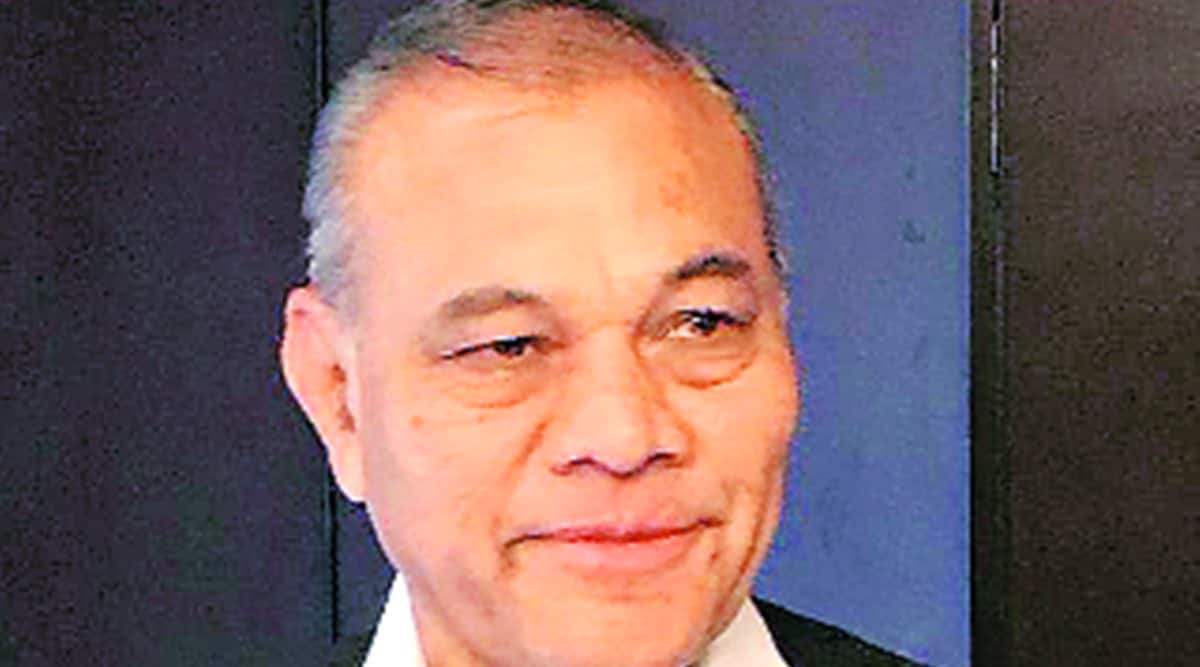 Gordhan Zadafia, 65, former junior home minister of the Gujarat government when riots broke out after the Godhra train burning incident of 2002, feels that his security should be upgraded to Z-category after the Gujarat Anti-Terrorist Squad (ATS) recently unearthed an alleged conspiracy by underworld gangster Chhota Shakeel to kill him.

Zadafia, who was BJP incharge on 22 Lok Sabha constituencies in Uttar Pradesh during the 2019 general elections, spoke about the perceived threat, his regrets on quitting the BJP and his association with the Ram Temple movement as secretary in the Vishva Hindu Parishad, in an exclusive interview to The Indian Express.

In view of the threat perception, three additional personnel were added to his security detail. Minister of State for Home Prad-eepsinh Jadeja was cleared for Z-category security on Saturday.

When asked if he feels that his security category should be upgraded from current Y to Z, Zadafia said, “Looking at the situation, yes. But if not, I am also happy (laughs). I am not unhappy with this situation. It is up to them (the government). But the way it (the plot to kill him) has been revealed, it should be done. If not done, that is also fine.”

Speaking about the latest bid on his life as revealed by Gujarat ATS, Zadafia said, “…The recent nexus detected by the ATS and the Crime branch – it seems more serious because it was connected with Chhota Shakeel… The way it is being revealed…it means the plot is there. The government will review the situation and will decide the category accordingly.”

Zadafia was the first home minister in Gujarat to get Z-category security in 2002, which continued till 2012. In 2012, Zadafia’s security was scaled down to Y-category, although he had asked authorities to continue the Z security cover.

“At the relevant time, I had told the government to continue my Z category security. Nothing else. I have not worried much in that regard. Once, I had told the government that the (2002 riots) cases are going on because of which something may happen. I had given it in writing too; in 2012, when the security was downgraded to Y-category,” Zadafia said.

“I got a reply that Y was appropriate. And I did not insist,” he added.

It was the time when Zadafia was involved in a high-pitched political fight against the BJP after having serious differences with the then chief minister of Gujarat, Narendra Modi, and parting ways with the BJP in 2007. Later, Zadafia launched the Mahagujarat Janata Party (MJP) as a rebel and contested the assembly elections in 2007. He merged his outfit with another rebel front Gujarat Parivartan Party (GPP), founded by former Chief minister Keshubhai Patel.

Eight years down the line, Zadafia regrets his decision of deviating from the party and terms his fight against it as a mistake. He said, “Yes, I am having (the regret). And I am trying to make up for, if at all, the loss done to my party because of me. I am giving with interest…”

Regarding his lesson learnt in the entire process, Zadafia said, “…One should not lose faith in the party. One should not deviate from the path… Nation is bigger than an individual. Grievances can be redressed…”

Zadafia, who has been managing and designing the organisational tours of newly appointed state president CR Paatil, is believed all set to get a key responsibility in the new organisation.

However, Zadafia said, “Whatever is given, I accept it. My ambition is not there. I have publicly declared my ambition, that my bier should be covered with a pall of lotus symbol… That will be the highest honour to me. I don’t mind whatever I get in between.”