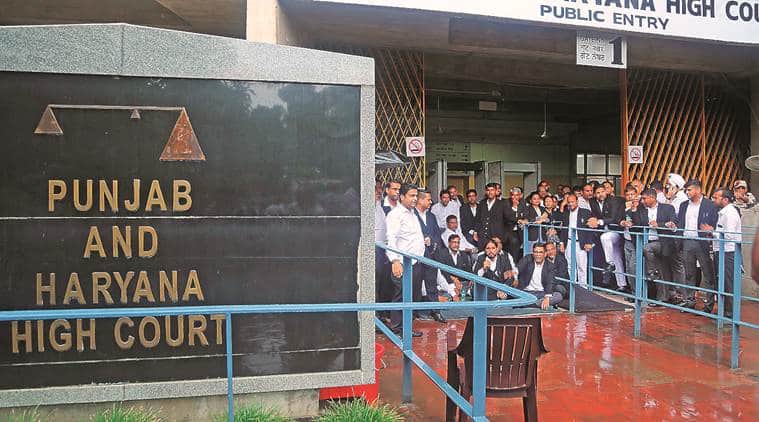 THE PUNJAB and Haryana High Court has struck down some clauses of The Punjab Action Plan, 2014, which lay down the procedure for eviction of a person on orders of a District Magistrate (DM) from property of a senior citizen. The court held the clauses as unconstitutional and ultra vires the provisions of The Maintenance and Welfare of Parents and Senior Citizens Act, 2008 and the Punjab Maintenance Welfare of Parents and Senior Citizens Rules, 2012.

“The Action Plan in eviction is unfair, arbitrary, unreasonable and oppressive as against family member …. and is excessive and therefore unconstitutional. It cannot be used as a tool for eviction and (is an) abuse of the process of the law,” reads a 148-page verdict in the case regarding eviction powers of magistrates in Punjab, adding the heart of the court must go out to the senior citizens in distress but it cannot at the same time remain unmindful of the law as it stands.

In a decision, which will take away the powers of eviction from the Executive in the matters of conflict between senior citizens and their relatives, Justice Rajiv Narain Raina has said that the Action Plan arbitrarily introduces a foreign concept to the scheme of the Act, adding, “that is ‘eviction’ or ejectment [in this case, of the daughter-in-law] and is therefore, declared arbitrary, unreasonable, oppressive, harsh and unconstitutional”. The court further said that the principle would also apply to the Haryana Action Plan, 2015 as it is a mirror image of Punjab’s 2014 plan.

The 2012 Act was aimed at casting an obligation on the persons who inherit the property from their aged relatives to look after them and provides for creating Maintenance Tribunals to decide on grievances of the senior citizens and for grant of maintenance, with further remedies of challenge before the Appellate Tribunal and courts under Article 226 and 227. The Act also allows a state government to prescribe an action plan for providing protection of life and property of senior citizens. It was done by Punjab in 2014 giving the powers of eviction on complaint of senior citizens to the DMs under clauses 1,2 and 3 of the Action Plan.

Restoring the power to the civil courts, the single bench has further said the Plan is contrary to the doctrine of the Rule of Law and Separation of Powers as the basic features of the Constitution of India and thus “violates oppressively Articles 14 and 300A against those who possess tangible and intangible rights that can be determined only by the civil court.” Article 300A deals with the property rights of a person.

Observing that the 2014 Plan at the most in legal status is equal to a notified government order which gave power to the DMs in the capacity of a Maintenance Tribunal, the court has said same is beyond the powers delegated by Parliament in the Act. It also said the Action Plan does not have any statutory backing and also has not been issued in the name of the Governor or placed in the Assembly..

“The Action Plan is open to wide abuse of the process of law in the hands of the executive,” reads the verdict dates January 23, adding the Act did not authorize the state government and its officers from executing a summary procedure for eviction.

Rejecting the argument that anyone aggrieved of the Tribunal’s orders has a remedy of writ jurisdiction as a safeguard against illegal and erroneous orders, the court has said the remedy of civil suits under the Code of Civil Procedure is more wholesome than the writ jurisdiction as the remedy comes into play after eviction when “enforcement of the order is also in the hands of the executive with the police at is command.

Observing that the Parliament never contemplated a drastic situation like eviction in the Act and expressly limited itself to maintenance rights and protection of reversing property transfers for welfare of senior citizens against apathy of children inflicting physical and emotional neglect on their parents in old age, the Court has said the law is “awfully complex” and errant laws can often compound it.

“A family’s own special needs, circumstances and expectations of each other are variables and their station in life, their social standing, their financial position can be vastly different that they cannot be measured on the same scale and with one brush of a heartless Government order in the Action Plan which Parliament did not devise,” the order reads. The verdict also observes that Punjab government may actually have done a disservice to the senior citizens by introducing the concept of eviction in the Action Plan.

Centre in a reply to the court had said the Punjab Action Plan is not in conformity with the central Act as no such eviction is contemplated under the parent law. “In no other case brought to my notice has such an affidavit come on record in this court,” Justice Raina has said. Punjab had supported its Action Plan contending that it confers such powers ti save the life and property of a senior citizen which cannot be left to the delays in civil courts.