Hours before they found out he was dead, Dharambir’s family members said he called them and told them that he was being tortured. On Sunday, his family staged a protest outside AIIMS, where his body was taken, alleging he was tortured. 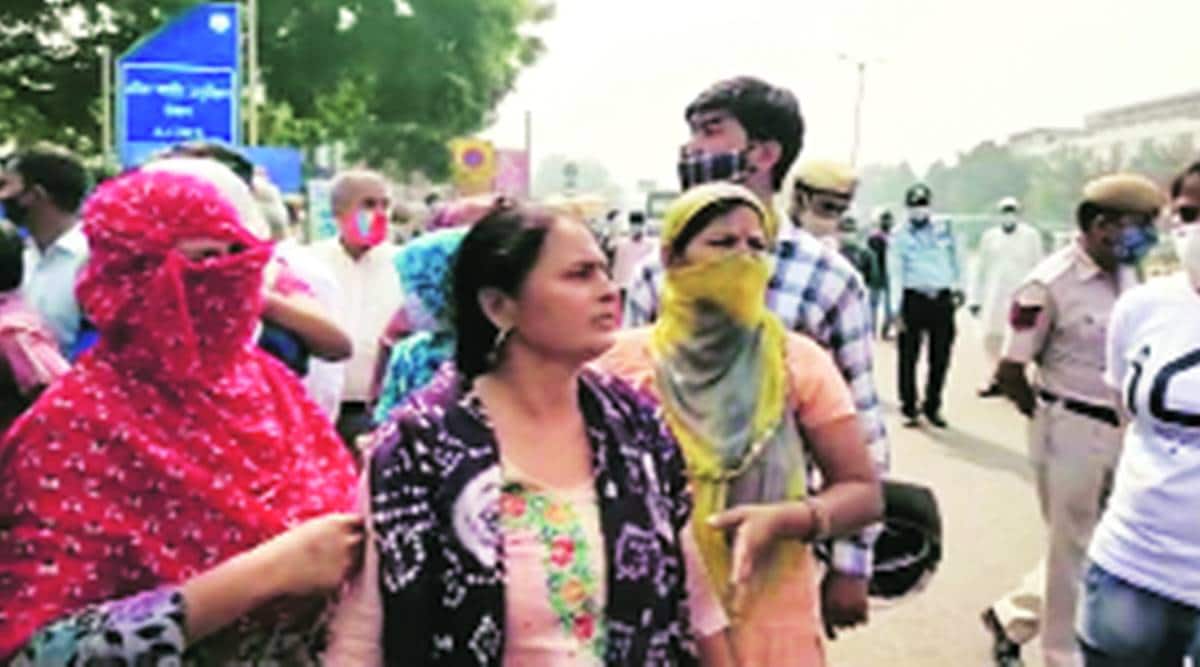 “My father was trying to cooperate with the police. He respected the force a lot and wanted my brother to become an IPS officer. This is beyond our understanding. He was not involved in the theft case… my sister’ wedding was coming up in March… I know he didn’t commit suicide, How can they beat him to death?” Sachin Prajapati (21), son of Dharambir Prajapati who died in custody at Lodhi Colony police station on Sunday, said.

Hours before they found out he was dead, Dharambir’s family members said he called them and told them that he was being tortured. On Sunday, his family staged a protest outside AIIMS, where his body was taken, alleging he was tortured. The 50-year-old auto driver was taken in for questioning in connection with a car theft case.

Police maintain he committed suicide. DCP (South) Atul Kumar Thakur said, “The accused involved in the theft case came in an auto which was registered under Dharambir’s son’s name. He was called for questioning Saturday.”

Family members said Dharambir owned two auto rickshaws, and had given the second one to another driver on rent.

His elder son Saurav (24) said they received a call from Dharambir on Saturday night. “They took my father for questioning at 11 am. We tried to call him all day but his phone was switched off. At 7 pm, he called us and said he was being tortured and police were asking for Rs 50,000. These were his last words. I was at Kalkaji temple then… I didn’t know something like this would happen… When I reached home, police called and said my father was found on the ground, injured. We were later told he was at AIIMS, where he died.” A BA student, he is preparing to become an IPS officer.

Dharambir lived with his Sumita and their three children in Najafgarh. His daughter Poonam got engaged 10 days ago, with the wedding planned for March next year. “My father is the sole breadwinner, he was driving an auto for the past 30 years…He encouraged me to pursue my dream of becoming a lawyer, and my brother to prepare for his IPS exam. We don’t know what to do anymore…,” said Sachin.