Vijay Rupani will launch the campaign through video conference in Gandhinagar and various noted personalities of the state will join the launching from 33 different locations in Gujarat Thursday. 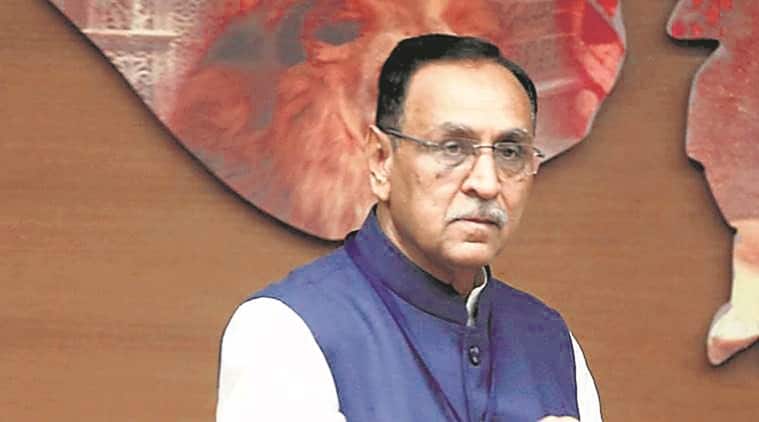 Chief Minister Vijay Rupani on Wednesday declared a week-long campaign called “Hu Pan Corona Warrior” (I too am a corona warrior) to spread awareness about measures to combat the virus among general public.

Rupani will launch the campaign through video conference in Gandhinagar and various noted personalities of the state will join the launching from 33 different locations in Gujarat Thursday.

In his social media address to announce the campaign, Rupani said that so far doctors, nurses and paramedical staff were the “corona warriors”.

“But now, the role of corona warrior becomes important; because now a direct fight has started against coronavirus. So far, we were safe inside homes. Now, we will move out for daily work. Till we get a cure of corona, it is among us and we will have to fight a direct fight against it. A mistake can bring problem. So, we need to live, and fight, with corona.For my beloved Gujaratis, I am announcing this ‘Hu Pan Corona Warrior Abhiyan’,” he said.

Under the campaign, Rupani asked people to take three resolutions: not to let elders and children in the house to move out, not to move out without wearing mask and to maintain social distance. He also asked people to make efforts to increase their immunity.

The chief minister said that, following his request, a number of noted personalities of Gujarat have joined the campaign who will guide people on COVID-19 during the entire week – between May 21 and 27.

To make the campaign popular, people will be given various tasks to perform on the theme of fight against COVID-19. For example, on May 22, people will be encouraged to take a selfie with their grandfathers and grandmothers and post it on their social media platforms with the hashtag, HuPanCoronaWarrior.

“It is to be noted that the state government was on its toes in the last two months and is still working 24X7 to curb the crisis. Gujarat led India from the front in the maximum number of Covid-19 tests,” the release said.

Benny Gantz | The General in the Netanyahu government
India News

How to make BBQ chicken wings at home
We and our partners use cookies on this site to improve our service, perform analytics, personalize advertising, measure advertising performance, and remember website preferences.Ok