Hyderabad rains: The Met office in its forecast for Sunday said light to moderate rain or thundershowers are very likely to occur in some parts of the city, at times intense spells at one or two places in the city. 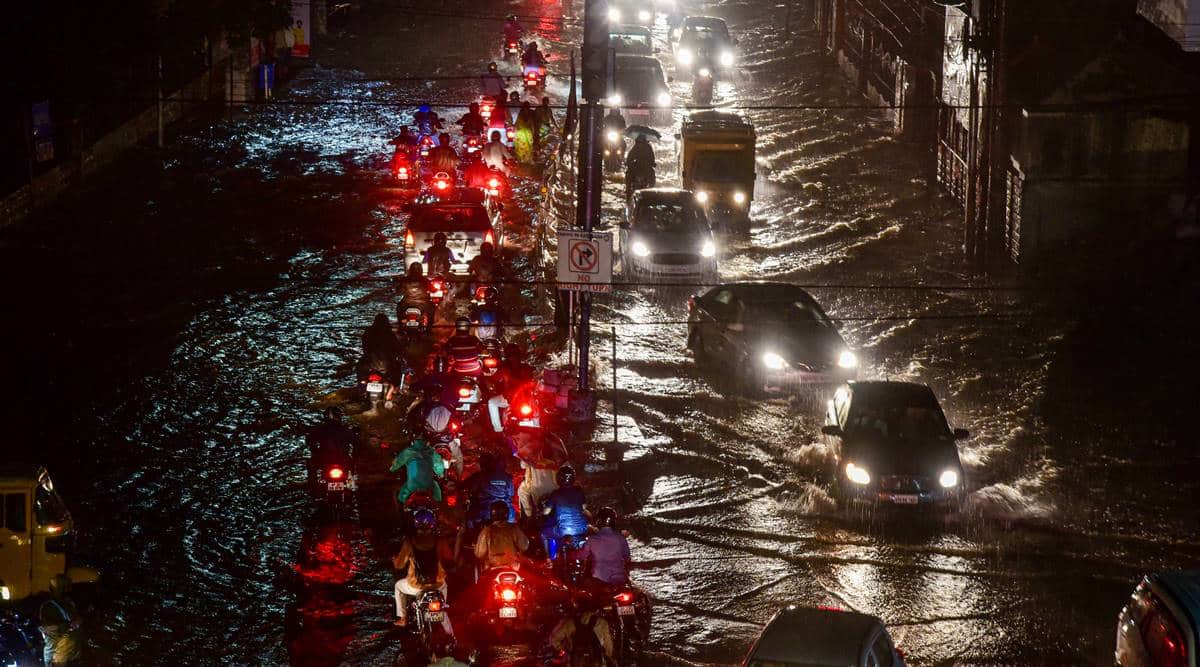 The Hyderabad Traffic Police closed the Falaknuma Bridge for the public after a portion of the road caved in due to heavy rains. Authorities said that the road towards Falaknuma from Enginebowli and Mahbubnagar crossroad was closed and requested commuters to take alternate routes. The old Kurnool road towards the airport from the PVNR expressway was also flooded. The Cyberabad Police requested commuters to use the outer ring road as an alternative. The floodwater also created havoc in parts of Old city, Chandrayangutta, Falaknuma and its surrounding areas. A six-year-old was killed in Mangalhat area after the wall of the house she was sleeping in collapsed.

Editorial | Untimely, excessive rainfall, as in Hyderabad, is here to stay. It’s time to plan for vagaries of weather, build resilience

Dramatic visuals from the city’s flooded streets made their way on to social media. In one of the videos shared on Twitter, an auto-rickshaw was seen being swept away as locals tried to stop the vehicles from being washed away. In another video, a man can be seen swimming in the rainwater after traffic came to a standstill.

According to official data (from 8.30 AM to 10 pm on Saturday), Singapur Township in Medchal Malkajgiri district received 157.3 mm of rainfall, followed by 153 mm of rain at Bandlaguda near Uppal in the city. Several other areas in the city also witnessed heavy rain. 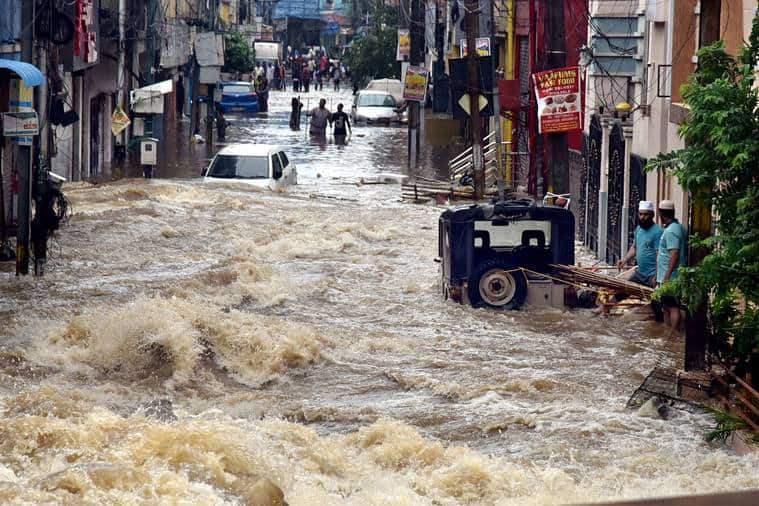 The Durgam Cheruvu Bridge is also kept open for commuters between Jubilee Hills and Hitech City and vice versa. “Visitors to the bridge are advised to avoid visiting the bridge this weekend,” Cyberabad Traffic Police tweeted.

The Met office in its forecast for Sunday said light to moderate rain or thundershowers are very likely to occur in some parts of the city, at times intense spells at one or two places in the city. 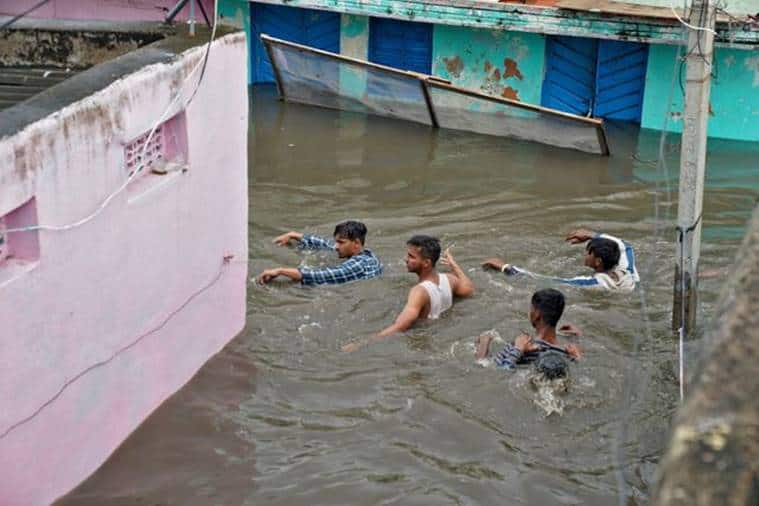 For all the latest Hyderabad News, download Indian Express App.