The Bengaluru City Police Thursday requested the elderly to contact toll-free number 1090 between 9 am and 5 pm if in need of medical assistance. 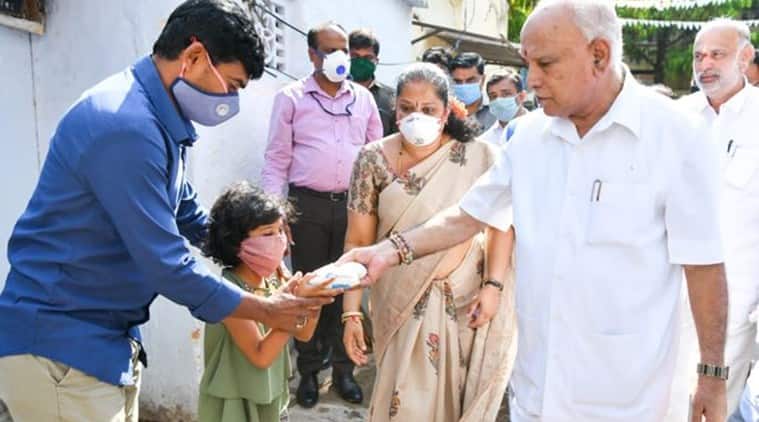 The number of COVID-19 patients in Karnataka rose to 124 Thursday as 14 new cases were confirmed in the state. 11 new cases from Bidar district, linked to the Tablighi Jamaat meet in Delhi’s Nizamuddin Markaz.

He was addressing the media with Medical Education Minister Dr K Sudhakar in the Vidhana Soudha, after taking part in the video conference held by Prime Minister Narendra Modi with all CMs of the country.

The CM added that 391 participants of the event that took place in Nizamuddin were identified so far. “They have been kept under home or institutional quarantine. The remaining persons are also being traced,” he added.

On Wednesday, Jawaid Akhtar, Additional Chief Secretary (H&FW), had said that around 1,500 attendees of the Tablighi Jamaat were from Karnataka, as notified by the Centre.

The CM said that the government has decided to test all of them.

Yediyurappa also stated that there was a possibility some attendees might have gone to other districts to take up religious activities. “They might be stuck there due to lockdown. Therefore district administrations are directed to quarantine them wherever they are and report. This process requires a lot of enquiries and technical efforts,” he said.
Yediyurappa also appealed to all religious leaders to “cooperate by creating awareness about this pandemic within the community and to cooperate with the government.”

Health Commissioner Pankaj Kumar Pandey confirmed that 19 of the attendees in the state were identified to be foreigners.

The Karnataka Government has cancelled exams for classes 7-9 that were scheduled to be held from April 14 in the wake of COVID-19 outbreak.

“Students studying in both seventh and eighth standards will be promoted to the next grade without any conditions. The 9th standard students will also be promoted based on the summative and formative assessment evaluation conducted at the school level itself.” S.Suresh Kumar, minister for primary & secondary education, said on Thursday.

The minister also said that a fresh time table for SSLC exams will be announced after April 14 and the schedule for the last remaining paper (English) for second year pre-university students will also be decided after 14 April.

Mangaluru City Police Commissioner PS Harsha has announced a ban on all movements of private vehicles, two-wheelers, and cars from 12.30 pm on Thursday.

“People can avail ambulance services for emergency medical needs. Detailed advisory will be issued shortly by District administration..appeal to everyone to co-operate,” he tweeted.

In Bengaluru, Police Commissioner Bhaskar Rao had announced the same on Wednesday, except for those in essential services. He had stated that as many as 6,321 two-wheelers, 227 three-wheelers, and 304 four-wheelers were seized by the police from the city as of 7 pm on Wednesday.

“Each such pass will be valid for 12 hours and will be issued only after the deposit of any original ID and address proof. The pass needs to be submitted back to the police station within the time to release the deposited ID. 200 such passed will be issued to each law and order police station by the concerned DCPs,” a memo signed by Hemant Nimbalkar, IGP & Additional Commissioner of Police (Administration), read.

CM Yediyurappa has launched a free milk distribution scheme for poor people in Bengaluru. According to the government, free milk will be distributed to the needy till April 14.

The government will but excess milk procured by the Karnataka Milk Federation (KMF) and distribute it through local municipal bodies and the district administration.

“I have directed the deputy commissioners to ensure distribution of milk in their respective districts to poor people,” Yediyurappa said.

In Bengaluru, helpline for senior citizens

The Bengaluru City Police Thursday requested the elderly to contact toll-free number 1090 between 9 am and 5 pm when in need of medical assistance.

A team of qualified counsellors and social workers has been formed to attend to the calls and counsel them. The helpline was set up in coordination with the Nightingales Medical Trust.

“Elders are likely to become anxious, scared and depressed over not being able to leave their homes due to the lockdown,” Dr Radha Murthy, managing trustee, Nightingales Medical Trust, said.