The Trinamool Congress supremo, who lost to BJP's Suvendu Adhikari from Nandigram, has to win this by-election, scheduled on September 30, to retain her chief ministerial post. 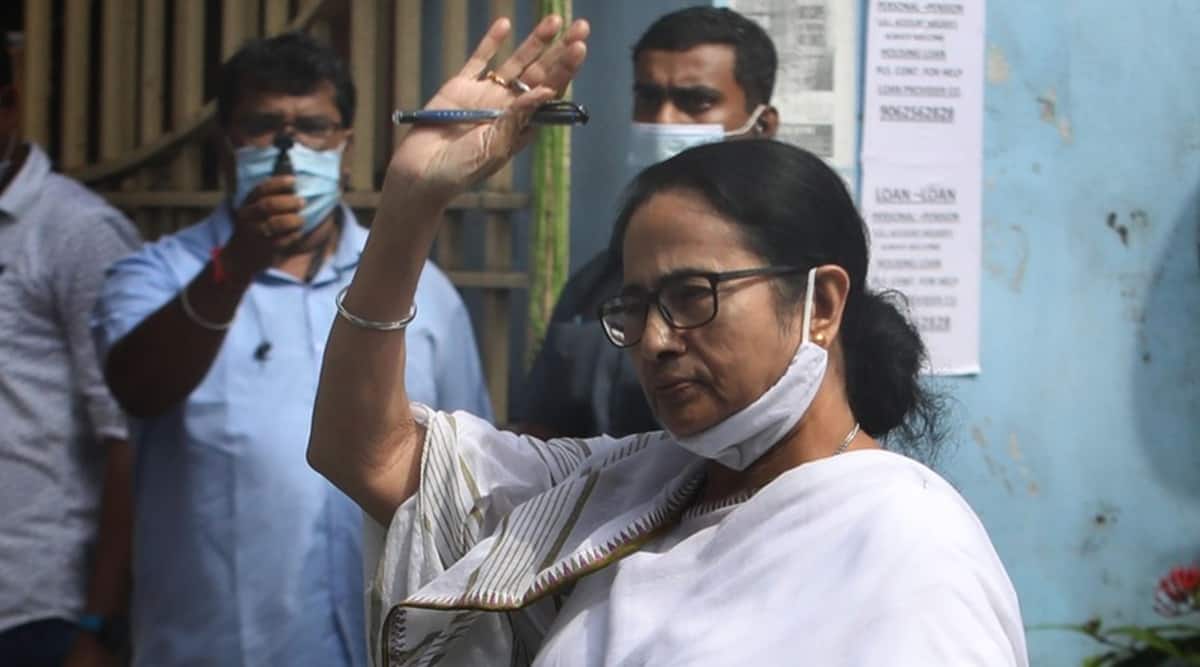 The BJP Tuesday filed a complaint with the Election Commission, alleging that West Bengal Chief Minister Mamata Banerjee did not mention pending criminal cases against her in the nomination papers she submitted for Bhabanipur by-poll. Banerjee filed her nomination for the by-election on Friday.

“I beg to object to the nomination/declaration filed by Mamata Banerjee… on the ground that the candidate has failed to disclose particulars of the pending criminal proceedings against her,” Sajal Ghosh, the chief election agent of the saffron party’s candidate for the constituency, Priyanka Tibrewal, wrote to the EC saying.

In the letter, Ghosh also mentioned the number of cases filed against Banerjee at various police stations in Assam.

The Trinamool Congress supremo, who lost to BJP’s Suvendu Adhikari from Nandigram, has to win this by-election, scheduled on September 30, to retain her chief ministerial post. TMC MLA Sovandeb Chattopadhyay has vacated the Bhabanipur seat — a TMC bastion — to allow Banerjee to contest from there.

Ahead of the bypoll, BJP and Trinamool have been engaged in a war of words after senior state minister Firhad Hakim called the BJP’s Bhabanipur candidate Priyanka Tibrewal a “young girl”, and claimed that she had been pushed into the electoral battle against Banerjee.

Tibrewal too hit back saying: “A young girl doesn’t remain a young girl forever. She grows up and faces challenges. Of course, my rival Mamata Banerjee and her party campaigner Firhad Hakim are much older than me but I am here to fight the battle and save democracy. I want to save people from the terror of Trinamool.”