A three page-long handwritten suicide note, purportedly undersigned by Sanjay Arora, was recovered from his house. A businessman allegedly committed suicide and his wife and two children were murdered at their house in Modern Housing Complex (MHC), Manimajra Wednesday night. The businessman, Surinder Singh, allegedly tried to commit suicide at a railway track. He was admitted to PGI and succumbed to injuries during treatment Thursday night. Surinder, alias Sanjay Arora, owns Shri Krishna Diary & Sweets in Sector 9 Panchkula.

A three page-long handwritten suicide note, purportedly undersigned by Sanjay Arora, was recovered from his house. Sources said in the suicide note, Sanjay mentioned about his debts and names of the people, who did not return his money. He mentioned in the note that his body will be found on the railway track near Kalagram. Sanjay’s relatives said he was under debt of around Rs 9-10 crore.

Police suspect that Sanjay Arora murdered his family members before committing suicide. The victims were identified as Sarita Arora (45), Sanjay’s wife who is a homemaker; Ratna Arora, aka Sanchi (22), his daughter who is a law student in Mohali; and son, Arjun Arora (15), a class 10 student in a private school Panchkula. Police registered a case of murder against unidentified persons at PS Manimajra. 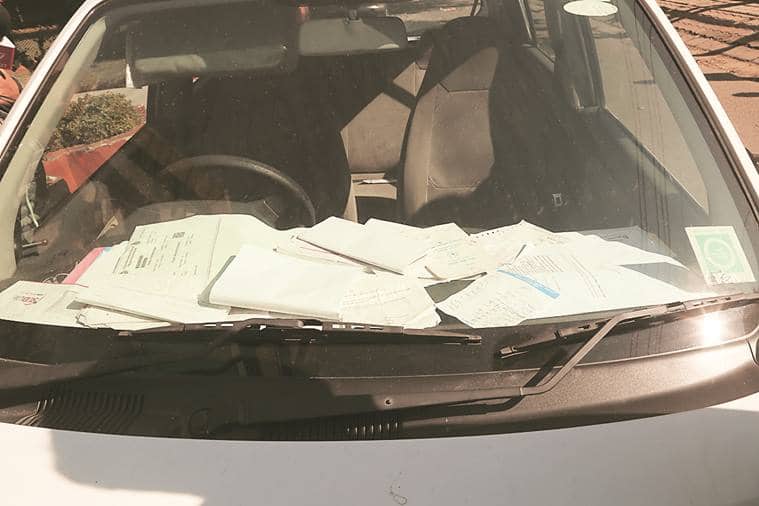 A police officer said, “We suspect Sanjay murdered them. He was under depression. Sanjay was hit by the Shatabdi, which had started from Chandigarh towards Kalka. A railway guard noticed a man was hit by the engine. The train stopped. He was rushed to Civil Hospital 6 in Panchkula from where doctors referred him to PGI.” Police sources said, “Sarita was murdered first. Then Arjun Arora, who returned from the school in afternoon at 1pm. The two bodies were lying on beds in separate rooms and covered with quilts. Then assailant murdered Ratna Arora, who returned from her law college in the evening. Spot inspection shows, Ratna had resisted and the assailant had hit her with an iron rod one her head. Later, her throat was slit.”

One of Sanjay’s associates, Karamvir, was informed from the hospital helpline following which he rushed to PGI and then to his house in MHC. He found the house was locked from outside. He noticed blood on the floor from a side window and informed police. Senior police officers including SP Vinit Kumar rushed to the spot. 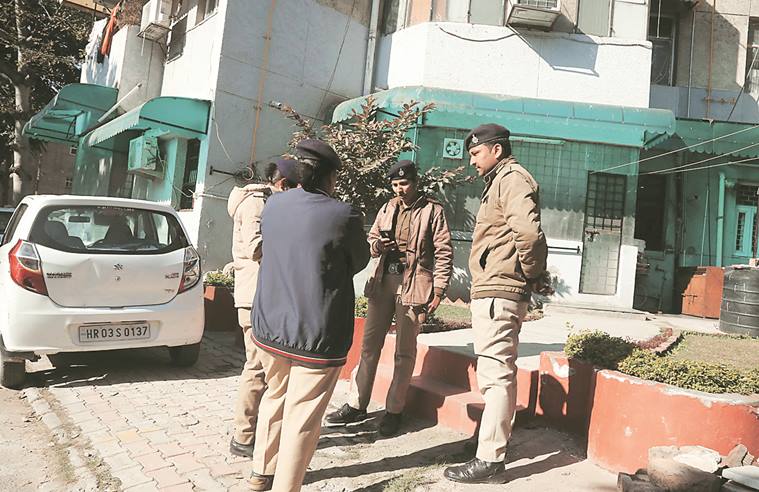 SP Vinit Kumar said, “The suicide note is being verified. It was written in Hindi. Handwriting experts at CFSL-36 will examine it. We collected the handwritten samples of Sanjay from his house. Five CCTV cameras were installed around the house. They were all password protected. We seized the DVD and handed over to CFSL-36 .” Postmortem of the bodies was conducted.

Ghanshyam Ahuja, father-in-law of Sanjay, said, “My daughter called me a fortnight back. She told me about the huge debt on the head of her husband and that he was disturbed. My daughter and Sanjay were married in the 1990s. I failed to understand why someone would kill my daughter and her children and how my son-in-law reached at the railway track.”

Gurcharan Singh, alias Lucky, younger brother of Sanjay, said that this was not “huge amount” for them and his brother will not commit suicide. “We are under debt of around Rs 9-10 crore. It is a joint loan against Sanjay Arora, his wife and me. But this loan is a not a huge amount for us. We decided to start a new venture in Chandigarh. We are five brothers. We have several properties including two houses in Sector 9 Panchkula.” Deepak from Khanna, a relative of the victims, said, “Sanjay loved his children. He used to tell his daughter that Ratna will become a judge one day. He had a notice board in his house. where he put old photos. But he was very possessive. He did not allow his children to use social networking sites.”

One of their neighbours in Sector 9 said, “Sanjay and his family used to stay at a triple-story house in Sector 9. One-and-a- half year back, there was a dispute between him and his brother Lucky and he shifted to Manimajra. For last two years, he had rented his old house to his former employee, Karamvir. Sanjay and his brothers were having some disputes between.”