The blaze, in which 35 people were injured initially broke out in the second floor of the building at around 3:30 am due to a short-circuit. 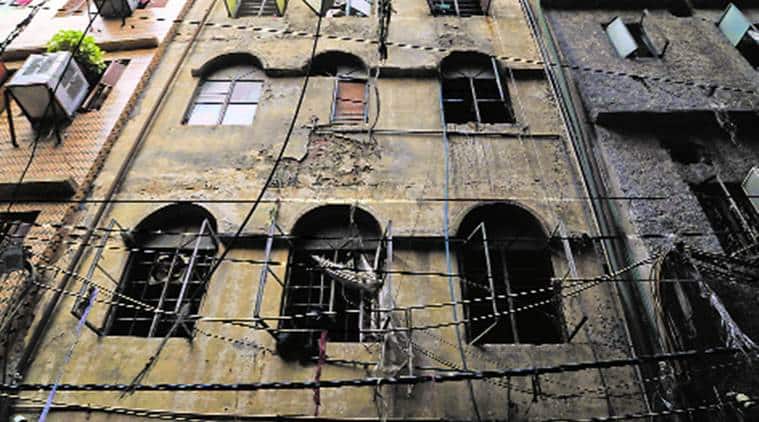 Two officials including the General Manager of Arpit Palace Hotel, Karol Bagh were arrested after at least 17 people were killed in a massive fire that swept through Delhi’s four-floor hotel early Tuesday morning.

An FIR was registered under section 304(culpable homicide not amounting to murder) and 308(attempt to commit culpable homicide) of the Indian Penal Code. Conviction under both sections leads to seven years of imprisonment.

The blaze, in which 35 people were injured, broke out on the first floor of the building at around 3:30 am due to a short-circuit, preliminary investigation suggested.

The injured were rushed to three hospitals, including Ram Manohar Lohia Hospital (RML).

Of the 13 bodies that were taken to RML hospital, ten were identified – three from Kerala, one from Gujarat, and two from Myanmar. The other four, officials said, have been identified but efforts were on to ascertain where they came from.

A video grab of the incident at the Arpit Palace Hotel also showed two people jumping from the fourth floor of the burning building, including women and a child. According to eyewitnesses, most deaths were caused due to suffocation.

Delhi Chief Minister Arvind Kejriwal, who was among the many politicians and officials who visited the spot, announced Rs 5 lakh compensation for the next of kin of those killed. The government also ordered a magisterial probe into the incident.

Home Minister Satyendar Jain said he has also directed the fire department to inspect buildings which are five floors or more and submit a report on their fire safety compliance within a week. “We have ordered for a magisterial inquiry into the case. Seventeen people have died, most of them of suffocation. Apparently, there were lapses (from the hotel administration’s side) and action will be taken against those found guilty,” he said.

Meanwhile, Prime Minister Narendra Modi condoled the loss of lives in a tweet.

After visiting the site, Union minister KJ Alphons said the emergency exit of the hotel, was “too narrow” and also locked.

A fire department official said some used fire extinguishers were found, suggesting people trapped inside tried to douse the flames in a bid to escape.

There were 53 people in the 45-room budget hotel, which had a canopy on the terrace, housing what appeared to be a restaurant. Video grabs of the fire taken by an eyewitness showed flames billowing out from the terrace into the pre-dawn darkness. The hotel was first granted a licence in October 2005 and was renewed every year. The last renewal was done on May 25, 2018 and was valid till March 31.

According to officials after inspection, the hotel illegally used the fifth floor, which was sealed earlier, as a rooftop restaurant.

The officials also indicated that the fifth floor was sealed with a brick wall after which a fire safety certificate was issued. The wall was later demolished to run a rooftop restaurant.

It also learned that on December 4, 2017, the owner was “deemed complied” with fire safety norms at the hotel premises and it was declared “fit” for “occupancy class residential”(guesthouse) with effect from December 24, 2017, for a period of three years.