A neighbour of the deceased guitarist alleged that a few weeks ago his “adopted” daughter had locked herself in his one-storey house along with two boys and one more girl. 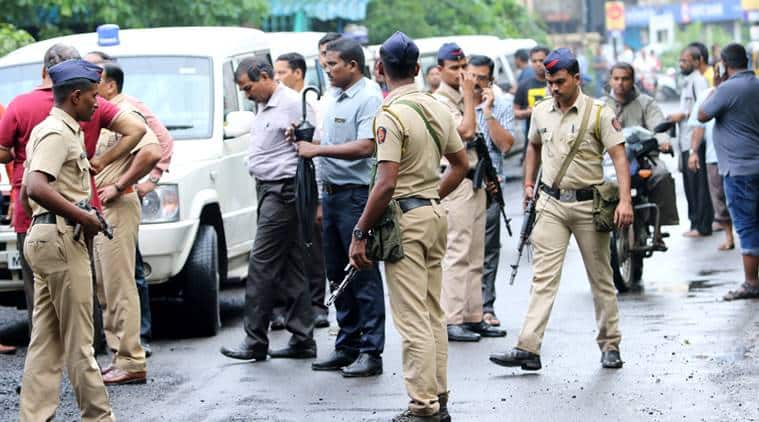 Weeks before the 59-year-old Santacruz resident was found dead, neighbours had warned him of possible trouble alleging that his “adopted” 19-year-old daughter would bring friends and linger in the neighbourhood late at night. Body parts of the man, a guitarist, were recovered from a suitcase found floating in the sea behind Mahim dargah on December 2. It was only on Saturday that the chawl residents of Santacruz realised he had been murdered by the woman and her 16-year-old boyfriend.

A neighbour of the deceased guitarist alleged that a few weeks ago his “adopted” daughter had locked herself in his one-storey house along with two boys and one more girl. “When he returned late at night, he banged on the door and shouted loudly. They did not open the door. Several neighbours woke up. Next day, I asked him why he was getting young girls to the house. Before her, there was another girl living with him,” the neighbour alleged.

Another local resident, who shifted to the chawl six months ago, said nobody in the neighbourhood had realised that the musician was murdered until police came at 2 am Saturday to arrest his daughter and her 16-year-old accomplice. “I last saw him about week ago. In last few days, I saw the woman and her boyfriend enter the house at 7-8 pm every night. They stayed indoors and did not talk to anyone,” he said. He added that she also told everyone she was the musician’s “adopted” daughter.

“A few months ago, the guitarist had refused to open the door when she had come home late at night. She brought police with her and there was a lot of commotion,” he said.

The guitarist was a founder of music enterprise and also a teacher at an academy in Andheri. He had previously worked as a marketing supervisor in a firm. He sometimes held music classes at his home. Every morning he would eat breakfast at a local joint across the road.

The guitarist’s 92-year-old father had last spoke to him six months ago. “I am bed-ridden and need a full-time care taker. He did not visit me in the last several months,” he said. The guitarist’s mother had died two years ago and his two sisters stay abroad, while his brother stays away with his family. Local residents said the family had severed ties with him. His second wife, a Manipur native, had left him a few years ago.

An acquaintance of the musician said it was hard to believe he would be involved in sexual harassment. He alleged, “She (the daughter) would create nuisance by bringing her friends over. They would stay here till late night. He used to have a lot of arguments with her, but he always told me he got her from an orphanage,” the acquaintance said.

Another local resident, who works in nearby medical shop, said, “I never felt comfortable around him (the musician), but we never heard of any complaints from any neighbour regarding him, so I kept quiet.”