Traffic Constable Sanjiv Patil (49) died on August 6 after he fell from his two-wheeler and was crushed under a truck near the Ambernath police station. 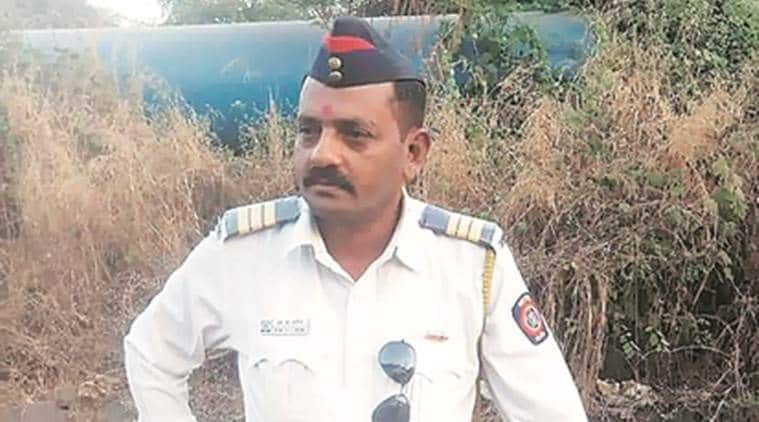 The Ambernath traffic department had written to the Municipal Council in May alerting it about bad road conditions in the city, months before losing a constable to a road accident on August 6. As local residents are protesting against the condition of roads in Ambernath, the police refused to take an FIR by the Ambernath Citizens Forum agai-nst the road contractor last week.

Traffic Constable Sanjiv Patil (49) died on August 6 after he fell from his two-wheeler and was crushed under a truck near the Ambernath police station. While the Ambernath police registered an FIR against the truck driver, residents and activists claimed the accident occurred because of several potholes on the road.

“We tried to register an FIR against those responsible for the bad roads, but the police shooed us away, stating they had already registered an FIR in the case,” said Satyajit Burman, a member of the Ambernath Citizens Forum.

The Forum also found out in an RTI response that the Ambernath Traffic department had written to the Ambernath Municipal Council twice in less than a year, alerting them about the bad condition of roads which could lead to accidents. “A letter was written in July last year and another was sent by the traffic department on May 14 this year, way before the monsoon began,” Burman said.

The letter dated May 14, signed by Sunil Jadhaw, inspector of Ambernath traffic department, states that the road leading to the railway station, where Patil met with the accident, had several big and small potholes. “The condition of the road is leading to traffic congestion as people have trouble crossing the rough patches. It can also lead to accidents. Please look into the matter and ask concerned departments to survey and fill up the potholes at the earliest,” the letter reads.

According to Jadhaw, such letters are not an anomaly. “We keep sending periodic letters to inform the municipal council about the bad road conditions. We had informed them in May, and now the situation is even worse, due to monsoon and flooding,” he said. However, Jadhaw claimed that the death of constable Patil was a painful accident. “We informed the police and ensured that an FIR is filed. Rest of the investigation is going on, and whoever is responsible will be punished,” he said.

The Ambernath Municipal Council, however, has no answers to the potholes. “The roads are in a bad condition and we are finding out who the culprit is. Due note of the letters from the traffic department was taken. We are investigating,” a senior official from the council said. Chief Executive Officer Devidas Pawar was unavailable for a comment despite multiple calls and messages.