As the nation marks 50 years since the 1971 war, The Indian Express spoke to Commodore Arvind Rawal, Commanding Officer of INS Shivaji, the premier technical training institute of the Indian Navy located at Lonavala in Pune. 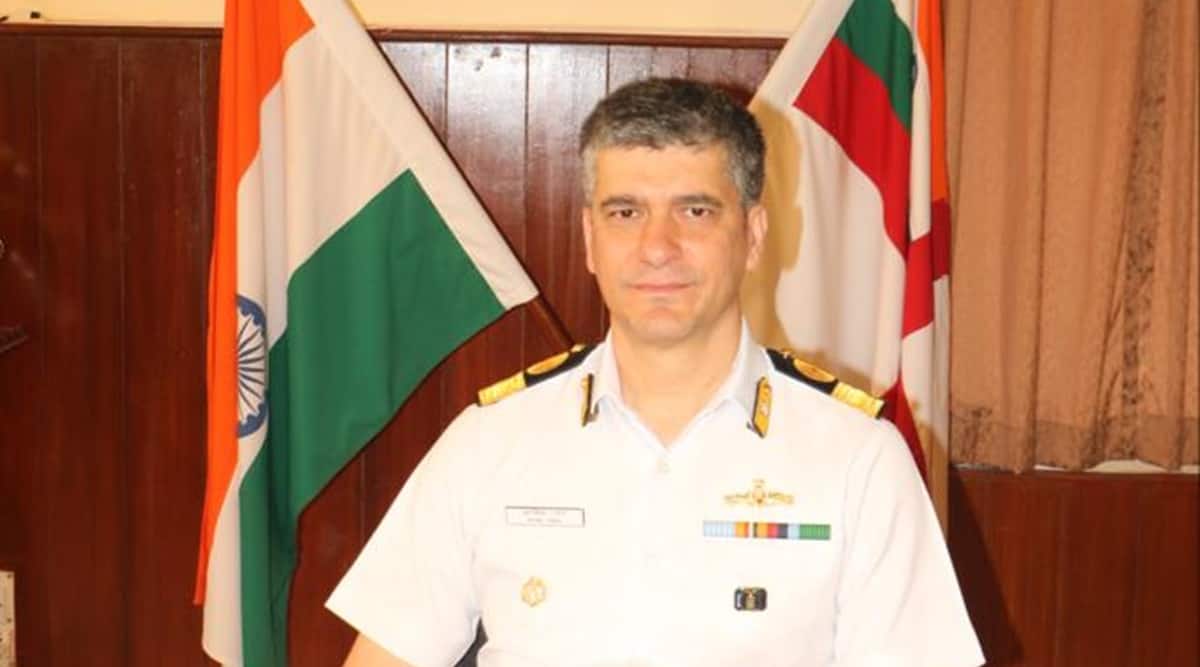 Each year, Navy Day is celebrated on December 4 to mark the daredevil attack by the Indian Navy on Karachi Naval Harbour in 1971. As the nation marks 50 years since the 1971 war, The Indian Express spoke to Commodore Arvind Rawal, Commanding Officer of INS Shivaji, the premier technical training institute of the Indian Navy located at Lonavala in Pune. Alumnus of both National Defence Academy and INS Shivaji, the Commodore has had challenging tenures at sea, ashore and overseas, and was Additional Principal Director at Directorate of Marine Engineering, Naval Headquarters, before assuming the command of INS Shivaji. Excerpts.

Q: Tell us about the Navy Week and events in the run-up to the Navy Day. This year it is special as the nation marks 50 years since the 1971 war.

A: This Navy Day is certainly special. The Navy Week at INS Shivaji started with a medical camp for defence civilians, the populace from Kurvande village which we have adopted and other underprivileged people. Other than checking for their basic health markers, we distributed masks, sanitisers and medicare kits among them. We also held a boat-pulling regatta, which took place at INS Shivaji after a considerable gap. We have also conducted the Shivaji half marathon. On Saturday, a wreath-laying ceremony is planned along with a continuity drill by the sailors along with hornpipe dance by cadets of the Sea Cadet Corps. There were extensive outreach programmes for school and college students in Pune, briefing them about avenues in the Indian Navy.

Q: Spread over a large area, INS Shivaji is a close-knit family. How did COVID-19 affect the routine at INS Shivaji, especially the training? What changes were made?

A: As a station, INS Shivaji is a big family of well over 5,000 people staying on the campus. These include 1,200 trainee sailors, 100 plus staff officers, 200 trainee officers, 450 civilians and their families. In dormitory based accommodations with a community kitchen, there was a possibility of things getting out of control. We had to be strict about our interface with the community outside. Strict quarantine and sanitisation protocols were put in place. 100 per cent of the base is double vaccinated today. In fact, anybody who has interacted with us has been vaccinated by us — casual labourers, Military Engineering Services personnel, postmen or e-commerce delivery executives.

In the case of training, we shifted to online classes; training videos were prepared, and internal LAN was used. Open-air areas used for drill and activities were converted into classrooms. Trainees were segregated as per training modules instead of trainees from different courses living together.

Q: Tell us about new additions being made to training facilities at INS Shivaji?

A: Centre of Marine Engineering and Technology (CMET), Centre of Excellence (COE) and the Nuclear Biological Chemical Defence (NBCD) School are the mainstays of training at Shivaji. Training infrastructure and training aids are being continuously augmented at the three schools. We have an LM2500 marine gas turbine training facility coming up at CMET; we are planning to have an electric propulsion lab. At NBCD School, we have some of the best simulators. We have plans to further augment these facilities in order to align with future training requirements of the Navy. Q: What are futuristic avenues in marine engineering that the INS Shivaji is focusing on?

A: In marine engineering, we are seeing an upward trend in equipment health monitoring mechanisms including augmented reality, artificial intelligence, machine learning and big data analysis. All the projects done by student officers over the last few years are based on these contemporary technologies. We are also evaluating the adoption of these technologies onboard.

Q: Simulators are key to modern-day defence training. Tell us about the simulators you have.

Q: The training regimes of defence training institutes are rigorous in nature. Do you think there is a need to recalibrate these regimes?

A: Training is the most important peacetime activity for armed forces. Trainees come to us at the age of 18-19. It is very important for us to both physically and mentally condition them to adapt to the service way of life. In the last few years, the Armed forces have themselves realigned and recalibrated physical and mental conditioning regimes in line with scientific principles and best practices being followed globally.

Q: How does INS Shivaji collaborate with other institutions such as the College of Military Engineering (CME), apart from other defence and academic institutions?

Q: Recently, a drone was spotted near INS Shivaji and a case was filed with police. Did it prompt any security change at INS Shivaji, which is a sensitive establishment?

A: We have a perimeter of more than 15 kilometres. We have perimeter-intrusion detectors and walls with other electronic detection systems. Along with physical security, we have watchtowers and various security formations. As far as drones are concerned, it’s more important to sensitise the community around us and the local police. And that we have done. We have put up boards in areas frequented by tourists. We have asked local police to sensitise shopkeepers about this aspect.