Although Kolkata's entire population was affected, it is the eastern fringes of the city where the impact was apparently felt the most. Teghoria area of North 24 Parganas district woke up to submerged streets on Thursday. 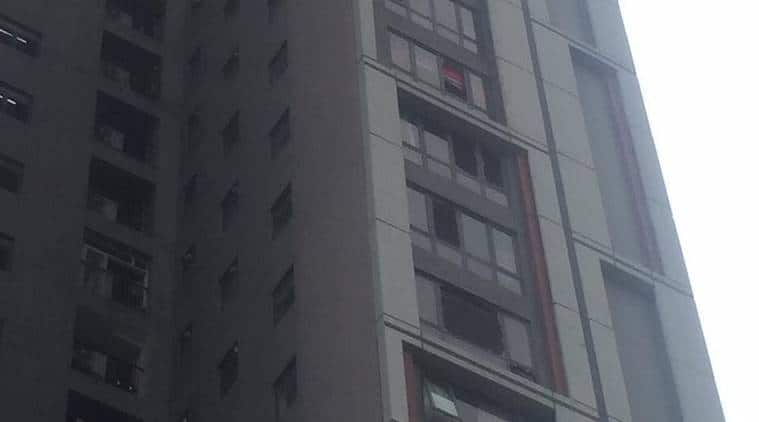 Narendra Singh considers himself a lucky man. After waiting for close to two months in Kolkata, the 35-year-old migrant from Bihar had finally run out of patience. He had decided to start the long walk back home. “I run a pan shack in Bangur Avenue (east Kolkata). I ran out of stock a month ago. I don’t have a pass to go to wholesalers to get more stock. I want to go back home because my family is there, we have some land there. At least we will not go hungry,” says Narendra, who sought refuge at the ground floor of a house in the area. However, on Monday, Narendra decided to change his plans, “I decided to stay back because of the cyclone. It was probably the wisest decision of my life.”

On Wednesday night, Cyclone Amphan made landfall in the eastern part of India and Bangladesh. As wind and rainfall ravaged the city all around him, Narendra spent the night trying to ward off rising levels of water in his shelter, armed with a bucket and mug, “It was horrific. But at least we had a roof over our head,” says Narendra, who is sharing his shelter with his cousin Chottu Singh, 18. “We lost most of our stock. But thankfully, it was worth only a few hundred rupees,” says Chottu.

Meanwhile, in North Kolkata Rajendra Mullick lane, hundreds were not as lucky as Narendra. “Since this area is more or less a slum, a lot of these houses were potentially dangerous. Residents of the area sought shelter in CIT Corporation School. A lot of trees have fallen on houses here. Behind my house, a wall has collapsed,” says Samata Biswas, a resident of Rajendra Mullick Lane. As chief minister Mamata Banerjee stated in a press conference late on Wednesday evening, the worst affected were the districts, with many losing their lives because of trees felled by the cyclone.

Although Kolkata’s entire population was affected, it is the eastern fringes of the city where the impact was apparently felt the most. Teghoria area of North 24 Parganas district woke up to submerged streets on Thursday. “We’ve not had electricity for the past one day. All lines have been snapped. Mobile networks are also very patchy. It’s like we have been cut off from civilization. While the cyclone was roaring, every few minutes we could hear sounds of things breaking, but there was no way to inspect or even reach out to help,” says Swastik Pal, a resident of the area.

At the posh Urbana Complex in the southern part of the city, the experience was somewhat different. “It was petrifying. I live on the 40th floor of an Urbana tower, my apartment was oscillating for a while. That aside, dozens of windows in the complex have been blown off their hinges, glass smashed and the sheer force of the wind pushed water through even closed windows and flooded many apartments, including mine. The combined effect of the wind, rain and oscillation shook everyone badly. The complex is completely trashed, many still without electricity. Damage to the interiors, especially those whose windows blew away, is extensive,” says Anthony Khatchaturian, a resident of Urbana Complex.

The cyclone, which moved through districts of North and South 24 Parganas, left a trail of destruction in its wake, including a death toll of at least 10 in West Bengal.

Benny Gantz | The General in the Netanyahu government
India News

How to make BBQ chicken wings at home
We and our partners use cookies on this site to improve our service, perform analytics, personalize advertising, measure advertising performance, and remember website preferences.Ok