Kejriwal, who was expected to file his nomination on Monday, will file his papers at 11 am on Tuesday due to a delay caused by his rally. 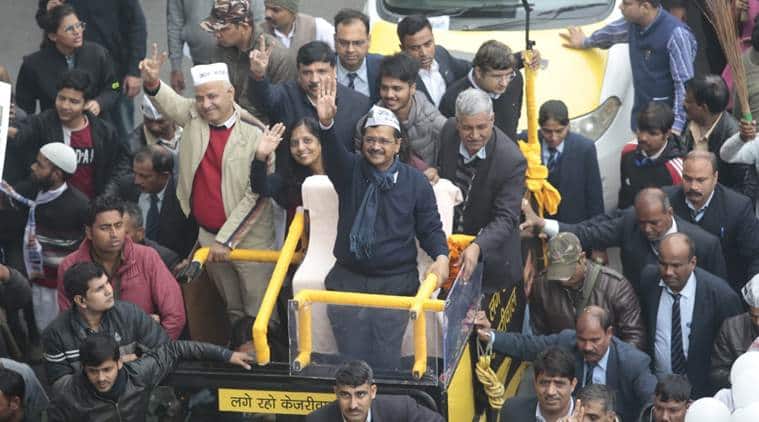 Hours before filing his nomination for the upcoming assembly elections in Delhi, Chief Minister Arvind Kejriwal hit out at opposition parties saying their aim is to defeat him, but his priority is to beat corruption and take Delhi forward.

Kejriwal will file his nomination papers at 11 am on Tuesday Jamnagar House. He failed to file his nomination on Monday due to a delay caused by his roadshow. “I had to file my nomination but the office (returning officer at Jamnagar House) shuts at 3 pm. They (party leaders) wanted me to discontinue the rally at 2 pm but I said I cannot leave people midway, especially those who are showering so much love,” said Kejriwal.

On Monday, as Kejriwal — now a two-time Delhi Chief Minister — embarked on his first roadshow ahead of the Assembly polls from Valmiki Sadan, Devi laid out the charpoy on the courtyard for AAP volunteers looking for a place to sit.

The Delhi elections will be held on February 8, and the results will be declared days later on the 11.