Even though Panchkula has been able to contain its cases, the need to devise a method to check the population was pertinent as the district’s borders mingles with neighbouring UT and other districts, where the number of COVID-19 cases have been rising. 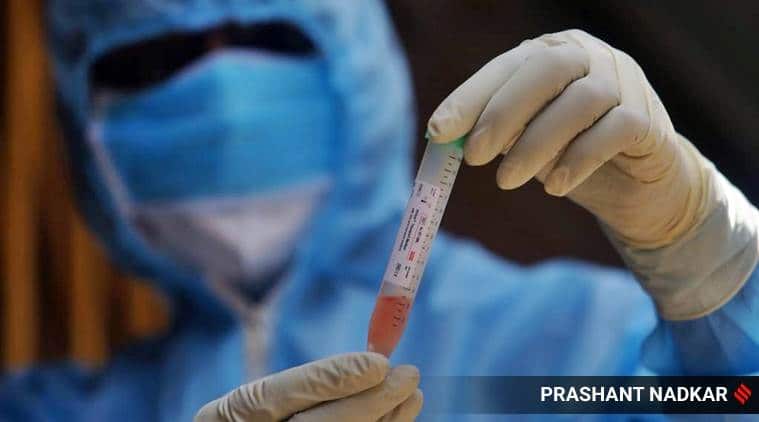 In absence of any strategy outlined by the Government of India to assess community spread in districts and states, Panchkula health administration has taken it upon itself to check if such a phenomenon has begun in the district. The Indian Express explains their method of research and the results, along with what it might mean for the district.

Why did Panchkula health department feel a need to check for community transmission?

Even though Panchkula has been able to contain its cases, the need to devise a method to check the population was pertinent as the district’s borders mingles with neighbouring UT and other districts, where the number of COVID-19 cases have been rising. With no specific demarcation between Panchkula and neighbouring UT and Mohali, the adjoining slums as well as villages fall on border areas, raising the chances of community transmission through asymptomatic people. Even though we had increased random testing and screening, closed off and sealed off borders, we were worried. We had for long been thinking of how to design a process that can assure that our population was safe,” said CMO Dr Jasjeet Kaur.

Moreover, with a low COVID-19 positivity rate of 0.7 per cent, almost six per cent less than that of Chandigarh’s, the administration remained worried about any undetected spread. “We would question ourselves, about why was the rate so less, even though it was a good thing. We wanted to know if we were doing anything wrong, if we were testing too less. Thus, we decided to devise a strategy,” said Deputy Civil Surgeon Dr Saroj Aggarwal.

Panchkula has had only 25 positive cases with more than 4,000 tests conducted in the district. The positivity rate of COVID-19 patients is the proportion of confirmed cases to the total number of tests conducted.

How was the research strategy devised?

The health department had been conducting mass screenings and compiling a comprehensive data of the district with the help of Aanganwadi and Asha workers. Thus, for devising a method, all the required information was easily available with the department. The population was divided into three categories- low risk category, mild risk category and high risk category.

After detailed meetings between the health department and the administration, a scientific method of testing the high risk patients was formed in a way that the findings could largely be generalised to the whole population, to give the authorities some ground to know where they stood in terms of coronavirus spread in the district.

Stratified sampling method was used in the research, where in, the population was first divided into sub-groups (or strata) with those who share similar characteristics and then, individuals from the sub-groups were chosen at random for testing. The method is usually used to ensure that no sub-group is missed.

What was the strategy?

As many 1.2 lakh persons fell under High Risk Category (HRC) in Panchkula, as per the survey. They included pregnant women, diabetics, old aged, immune compromised patients of TB, cancer, chronic kidney diseases as well as patients of hypertension and chronic respiratory ailments. “Drawing from the experiences of other countries as well as our own on the local level, we knew they had the most chances of contracting the virus,” said Dr Saroj. “We also know by now that most cases remain asymptomatic, but a spread amid these would prove fatal. We were worried the most about this population,” added Dr Kaur.

At the primary level, a sub-centre was set set up with an anganwadi worker for every 5,000 population. Furthermore, sub-groups of seven were made at each sub-centre. The seven persons in the sub-group comprised a pregnant woman, two diabetics, two immune-compromised persons and two hypertensive or those who had chronic respiratory illnesses like asthma.

How was it implemented?

More than 31 sub-centres were identified in rural areas of Panchkula, including Raipurrani, Barwala, Morni, Madana, Nankpur, Old Panchkula, Kalka and Surajpur, where as many as 315 tests have been conducted. Most of the samples have tested negative, but the results of some are still awaited.

What are the findings?

# It is safe to say that there is no community spread yet in Panchkula’s rural population.
# All the high risk patients have remained safe from the disease till now, as no such case has been reported.
# It is almost impossible for the virus to spread in other categories and not cause even a single case in the high risk category.
# On the basis of the previous finding, it can be assumed that the spread has not taken place in other two categories as well.
# General findings may also include that none of SARI (severe acute respiratory illness) patients have yet tested positive at any dispensary. No sudden deaths or mass deaths have been reported, which may point towards an unidentified community spread. No cluster cases have been found even in slums, excluding one case where nine persons of a family tested positive.

What are the loopholes or drawbacks in the research?

One major drawback may be the small sample size of seven persons per 5,000 population. While in normal times and research, results may not be generalised, however, with limited resources in the present times, this was the most that could have been done.

“We have limited testing kits. We wanted to test the whole population, but cannot do it. This is the only scientific way to be sure. Though we may not generalise the findings, we at least have some footing. We have a concrete data based idea of where we stand,” said Dr Kaur.