Mayor Sanjeev Sharma Bittu, however, could not be removed from the civic body house as he only 36 voted against him. 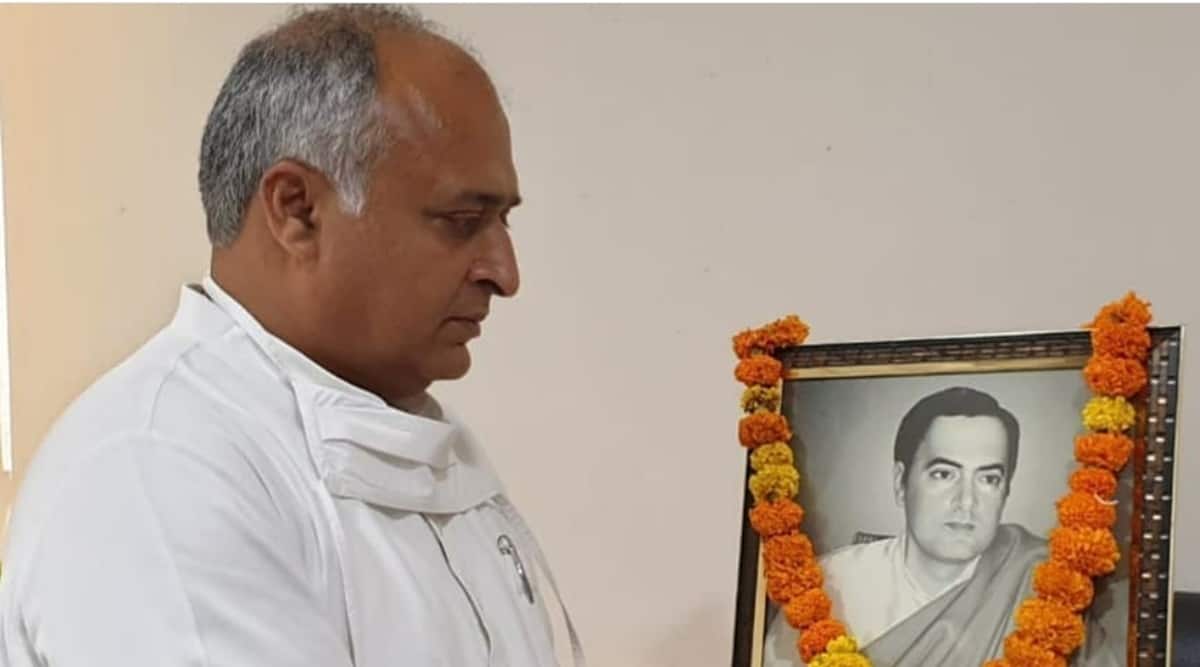 AMID high drama on Thursday, Patiala Mayor, Sanjeev Sharma Bittu, was suspended after he bagged 25 votes in a floor test of the municipal corporation house having 60 councillors.

Bittu, however, could not be removed after he faced the floor tests, as he bagged 25 votes, while only 36 votes were polled against him. For his removal after failing the floor test, the Congress councillors, backed by the government, needed 42 votes (2/3rd majority).

Punjab Local Bodies Minister, Brahm Mohindra, later in the day told the media that Bittu had been suspended and the charge of Patiala Mayor was given to Deputy Mayor, Yoginder Singh Yogi. Mohindra said Bittu needed 30 votes to stay on as Mayor but he had managed only 25.

The fact that the Congress councillor, backed by the government, could not ensure a 2/3rd majority against Bittu is being seen as a setback for the ruling party in many quarters. Along with Mohindra, two other ministers — Deputy Chief Minister, Sukhjinder Singh Randhawa, and Rural Development and Panchayats Minister, Tript Rajinder Singh Bajwa — were also camping in Patiala to ensure the party’s victory in the civic body.

On the other hand, the floor test was a litmus test for former Chief Minister, Captain Amarinder Singh also, who has recently resigned from the Congress and floated his own party, while announcing that he will contest next year’s Assembly polls from the seat. Bittu, known to be close to Amarinder, managed to get support from only 24 councillors and the vote of Amarinder.

Bittu had sided with the former Chief Minister and his wife, Congress MP Preneet Kaur, when 42 councillors from the Patiala civic body had written to the government for bringing a no-confidence motion against the Mayor. Sources said while over 40 councillors had signed the no confidence motion, it was strange that the ruling party could ensure only 36 votes against Bittu. This despite the fact that 59 councillors are from Congress in the house and only one represents Shiromani Akali Dal. Saroj Sharma, a woman Congress councillor, who was siding with Bittu, was not allowed to vote as she had just returned from abroad and was required to quarantine herself as part of Covid protocol.

Amarinder had specially made it to Patiala on Thursday to participate in the no-confidence motion. Being an MLA from Patiala Urban, Amarinder is an ex-officio member of Patiala municipal corporation house. Local Bodies Minister, Brahm Mohindra, who is also an MLA from Patiala Rural, is also a member of the house. Sanaur MLA, Harinderpal Singh Chandumajra, who is a SAD member is also an ex-officio member. But he abstained from siding with anyone even as the party’s lone councillor voted for Bittu.

On Thursday, after his suspension, Bittu announced that he will move the High Court against the decision as he only required 1/3rd majority to stay on as Mayor. “This means that I needed only 21 votes in my favour. I managed to get 25 votes. They cannot suspend me constitutionally,” he said.

Before the no-confidence motion, the Patiala municipal corporation house witnessed high drama with Amarinder’s vehicle being stopped at the gate by the police. The former CM then walked to the house and was even asked to produce his ID proof. On the other hand, Mohindra’s car was allowed to enter.

Bittu on Thursday went live on his Facebook page when police tried to forcibly remove a councillor and some of Bittu’s supporters from the spot. He alleged that the police had forcibly taken away Vijay Kukka and Atul Joshi. After high drama, the duo was allowed to go inside the civic body house.

Amarinder later told The Indian Express that the government had bent all the rules to suspend the Mayor even though they did not have 2/3 majority to remove him, “Brahm (Mohindra) probably got directions from the government that the Mayor had to be removed at any cost. So he put him under suspension. This was their one-point agenda. Now, Bittu will move the High Court,” Amarinder said.

Condemning the high handedness and brutal use of state machinery by the state government just to remove the Mayor, the former Chief Minister also cautioned officers against blindly following the diktats of the government as they will be held accountable by law.

Amarinder said, for passing the vote of no confidence to remove a Mayor, there should be two/third support against the motion. “Despite knowing that they were short of numbers, they tried to forcibly and illegally remove the Mayor”, he said, while pointing out that according to the rules, a Mayor cannot be removed by a simple majority.

The former Chief Minister congratulated the councillors, who firmly stood their ground despite criminal intimidation by the government.