Party leaders marched towards the Raj Bhavan, where many were detained but released after a while. Reports have claimed that a number of Congress and JD(S) leaders were potential targets of the Pegasus spyware. 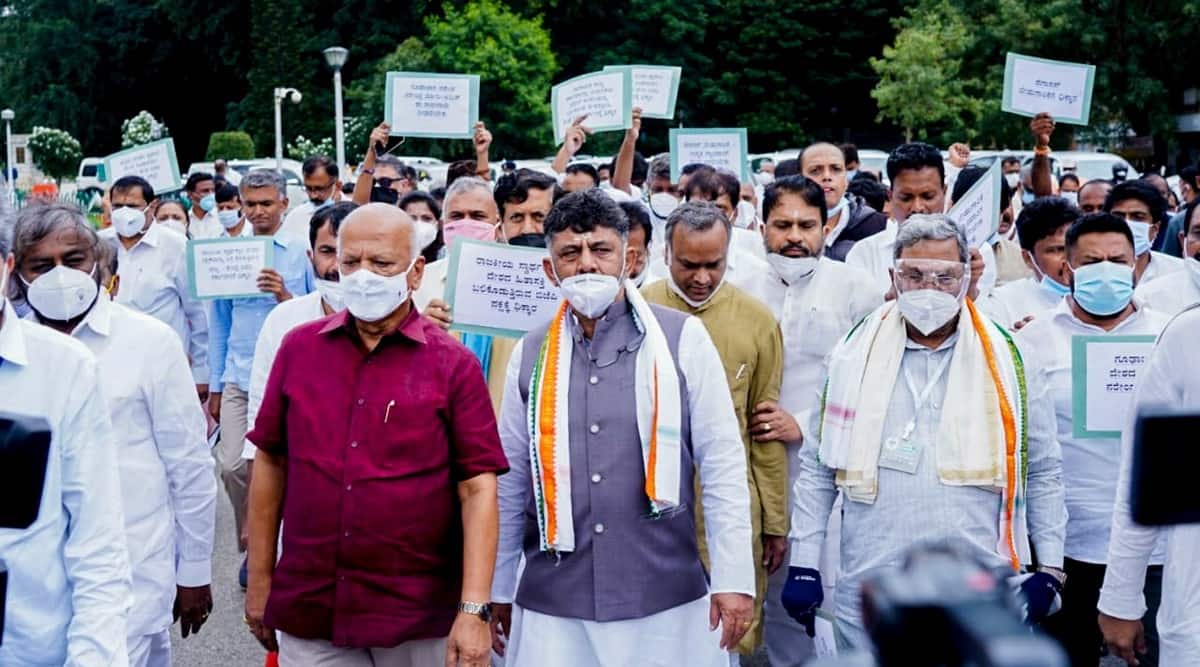 Karnataka Congress leaders Thursday held a protest outside the state assembly in Bengaluru after reports claimed that a number of Congress and JD(S) leaders were potential targets of surveillance by the Pegasus spyware in the run-up to the collapse of the alliance government in 2019.

The agitation near the Gandhi statue on the assembly premises saw participation of leaders such as Karnataka Pradesh Congress Committee president D K Shivakumar, former Chief Minister Siddaramaiah and others.

The party leaders later marched towards Raj Bhavan, the official residence of Governor Thawarchand Gehlot, where many were detained but released after a while. 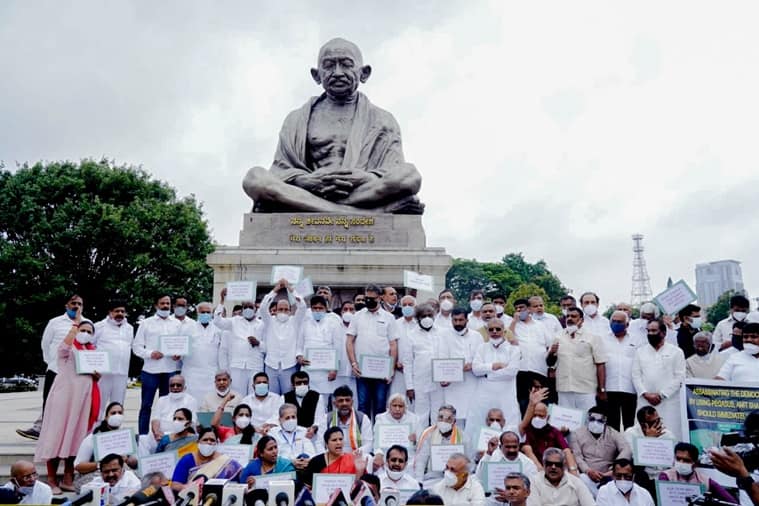 Siddaramaiah also submitted a letter addressed to the President of India to the governor, demanding a judicial inquiry by a sitting Supreme Court judge on the alleged reports of spying.

In a tweet, Shivakumar said, “Our democracy has been repeatedly assaulted by BJP Govt, with latest being #Pegasus spying attack, showing how morally bankrupt this govt is! Protested against the same at Mahatma Gandhi’s Statue at Vidhana Soudha before laying siege at Governor house, alongside Congress leaders.”

Responding to reports spying in the run-up to the alliance government’s collapse, Bommai said, “These reports are created to spread misinformation and controversies to malign the nation. It is a conspiracy involving foreign press where these kinds of campaigns are done against India. Using digital platforms, they try to destabilise different countries. Now, their eyes are set on India.”