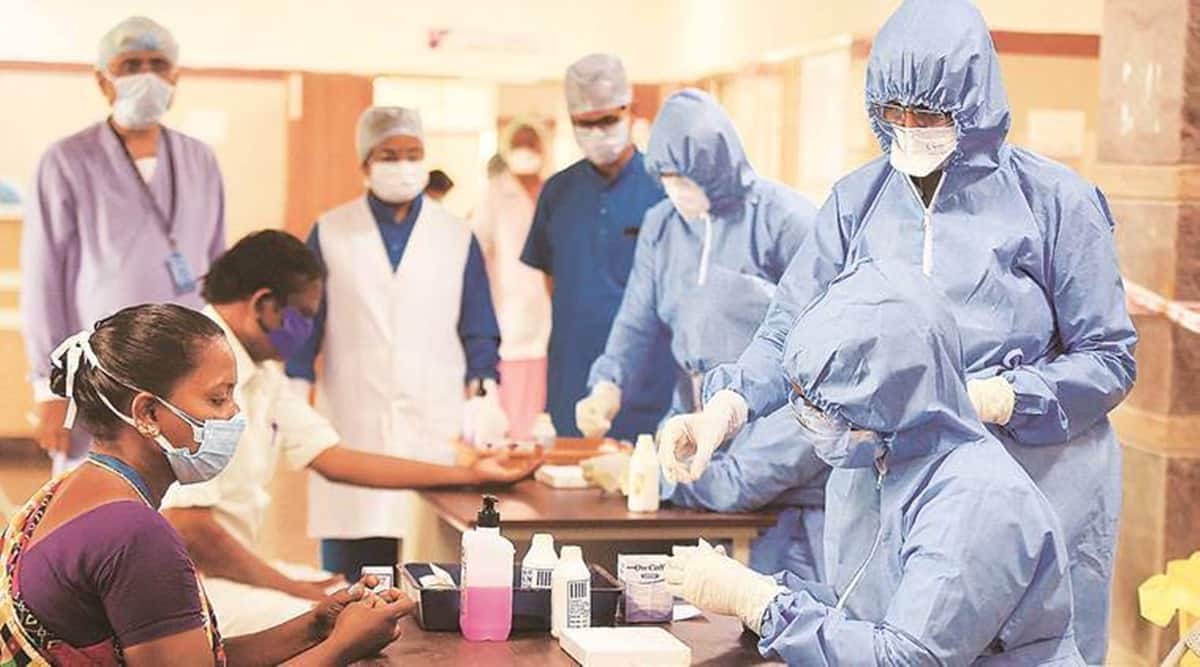 AFTER a sudden surge during Ganesh festival, Covid-19 cases in Pimpri-Chinchwad have seen a drop, with the positivity rate falling from from 25-27 per cent earlier this month to 17 per cent by Wednesday.

While positive cases started rising at the beginning of August, by the end of the month, the twin city was reporting over 1,000 cases every day. Since the start of September, Pimpri-Chinchwad has registered between 1,000 to 1,300 cases every day.

“During Ganesh festival and after… there was a sudden surge in cases. We were witnessing a positivity rate of 25-27 per cent. But from last Friday, the rate has started coming down. It is now around 17 per cent, which is similar to the rate seen before August,” Municipal Commissioner Shravan Hardikar told The Indian Express.

The PCMC chief said Pimpri-Chinchwad’s doubling rate has also gone up from 40-42 days to around 70 days.

Hardikar said the ‘My family, my responsibility’, campaign which has taken off this week, will cover over 24 lakh residents of Pimpri-Chinchwad. “The survey will help reduce the positivity rate as well as the mortality rate,” he said.

While launching the campaign across the state, Chief Minister Uddhav Thackeray had asked civic bodies and district collectorates to make all possible efforts to control the surge and mortality rate of patients. “We will reach doorsteps to trace and treat local residents, especially suspected cases, seniors and those suffering from underlying conditions,” said a PCMC official.

Meanwhile, at the Nehrunagar jumbo facility, nearly 800 Covid-19 patients have been discharged.

Hardikar said the jumbo facility has reported 145 deaths, which includes residents from Pimpri-Chinchwad as well as those from outside PCMC limits.