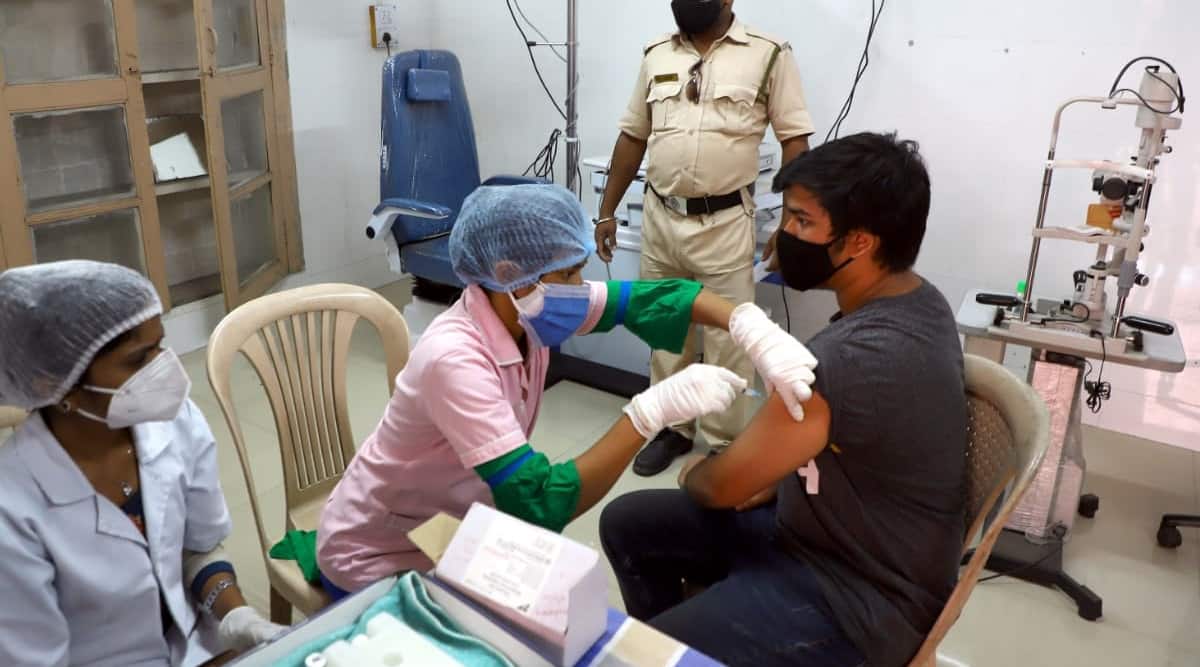 More than two lakh residents of Pimpri-Chinchwad have recovered from Covid-19 in the past 14 months, according to the civic health department. The recovery rate of the industrial city is close to 90 per cent, the highest in Pune district, health officials said.

According to figures released by the Pimpri-Chinchwad Municipal Corporation (PCMC)’s health department, as many as 2,00,633 people have recovered from Covid-19 till May 8, since the first positive case was reported on March 10, 2020. Till date, 2,26,072 residents have been infected with Covid-19, giving the city a recovery rate of close to 90 per cent, officials said.

PCMC additional health chief Pavan Salve said, “In the past one year, Pimpri-Chinchwad saw a rapid rise in cases in July, August and September. After that, cases started surging in the second half of February and since then, they have continued to rise. In April, Pimpri-Chinchwad registered the highest number of cases in several months. But we have also seen a large number of recoveries in this 14-month period…This means Covid-19 can be defeated only if people seek early treatment and do not delay it…Early detection is key to good recovery.”

Dr Shrikrishna Joshi of Lokmanya Hospital said, “Many patients come to us five or even six days after testing positive or showing Covid-like symptoms. Several patients come to us when their saturation level starts falling. If patients seek treatment with doctors handling Covid patients for months, there is no reason why they can’t recover.”

Dr Amol Holkunde of the PCMC-run Auto Cluster said, “We continue to see patients who are brought to the hospital in a very critical state. Some patients have died within hours of being brought to the hospital. This only reflects the delay in treatment sought by the patients…Many patients, especially co-morbid ones, believe nothing will happen to them and so, avoid going to hospital…But co-morbid patients deteriorate quickly as the virus load rises and they have weak immunity.”

The PCMC said that high recoveries is a sign of positive development in the face of surging cases.

“Till date, 2,00,633 residents who were infected with coronavirus have recovered. We have a good recovery rate of nearly 90 per cent. In Pune district, this was the highest recovery rate. Compared to the news of surging cases in the past few days, this is a positive development,” said PCMC commissioner Rajesh Patil.

He added, “…residents should remain alert and observe Covid-19 appropriate behaviour. They should strictly follow home isolation norms. Everyone who is infected with Covid-19 and is in home isolation gets a call from PCMC call centres. If people strictly observe the norms, it will help in containing the spread of virus. Residents should immediately seek treatment the moment they experience symptoms. It will help reduce the death rate and we will win the war against Covid-19,” he said.

The vaccination programme, which began on January 16, has inoculated 4,21,687 residents so far, the health department said.

Mayor Usha Dhore said the the PCMC was ready to purchase as many as 15 lakh vaccine doses. “We are ready to pay for the vaccine doses. The state government should give permission for this,” she said.

Pimpri-Chinchwad was not getting adequate number of doses and so, the vaccination programme of people over 45 years of age has been affected for the past few days, she added. “…the civic standing committee recently passed a resolution to purchase vaccine doses at our own expenditure. If the state government gives permission, we can directly make the purchase,” she said.