In Madurai, the festival was marked by the commencement of the annual Jallikattu (bull taming) event at Avaniyapuram. A total of 788 bull tamers and 430 bulls will compete in the event this year. 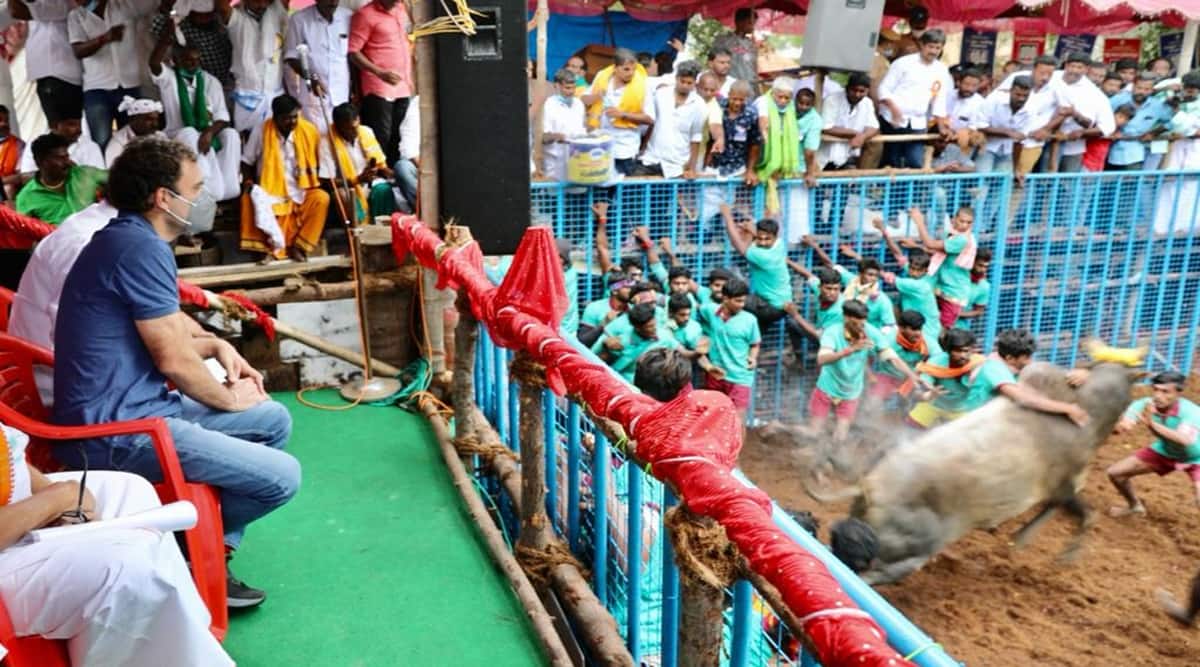 Pongal celebrations in Tamil Nadu began with gusto Thursday. People woke up early, dressed in traditional attire and prepared Pongal, a sweet dish, to herald the auspicious Tamil month ‘Thai’, during which marriages are held and new ventures started. Colourful kolams (rangoli) wishing people were seen drawn in front of many homes, while prayers seeking divine blessings for a good year ahead were also held.

In Madurai, the festival was marked by the commencement of the annual Jallikattu (bull taming) event at Avaniyapuram. A total of 788 bull tamers and 430 bulls will compete in the event this year. As per the COVID-19 guidelines issued by the state government, the number of players should not exceed 150, and COVID negative certificates are mandatory for every participant. The number of spectators must not to be more than 50 per cent of the gathering.

Gandhi said he flew down from Delhi to witness the hugely popular event “because I think Tamil culture, Tamil language (and) Tamil history are essential for the future of India and need to be respected by everybody” in the country. “I have come here to give a message to those people who think they can run roughshod on Tamil people, who think they can push aside Tamil language and Tamil culture,” he said without naming anyone.

K S Alagiri had earlier confirmed Gandhi’s one-day visit to Madurai — reportedly the first of several programmes being planned in the state ahead of the May 2021 Assembly polls. He added that Gandhi would lend his moral support to farmers protesting against the new farm laws by witnessing the sport at Avaniapuram. 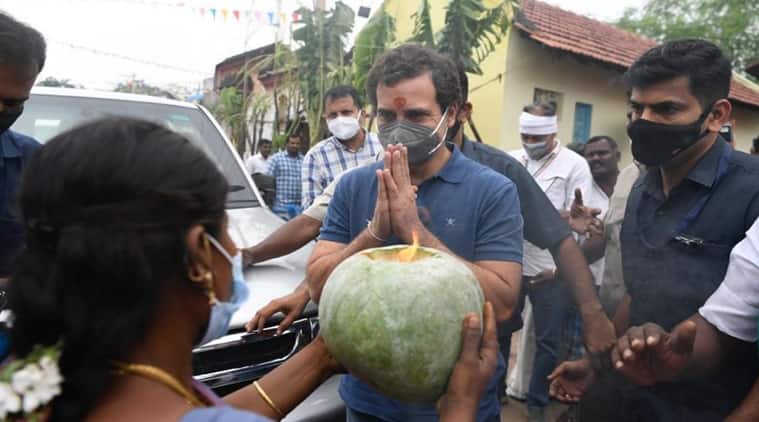 Gandhi said that he had received tremendous love and affection from the people in the state and said that it was his “duty to stand with people of Tamil Nadu and protect their history, their culture and their language.” “I have come here also to learn about your culture, your
feelings, about your history,” he added.

Gandhi praised the efficiency with which Jallikattu had been organised and observed that the bull owners and tamers were safe and had been taken care of. “..quite a lovely experience to see Tamil culture and history in action,” he said about Jallikattu.

Palaniswami attended the celebrations, held on behalf of the Tamil Nadu Police, at St Thomas Mount. He will present the Tamil Nadu Chief Ministers Medals to as many as 3,186 police and other uniformed services personnel in recognition of their outstanding devotion to duty.

According to a release by the government, the Tamil Nadu Chief Minister’s Constabulary Medals awards will be presented to 3,000 police personnel in the rank of Grade-I Police Constables, Head Constables, Havildars and Special Sub-Inspectors of Police, an official release said. Further, 120 Fire and Rescue Services Personnel and 60 Prison and Correctional Services Personnel (Men and Women) will be conferred the Tamil Nadu Chief Ministers Medals in recognition of their outstanding devotion to duty.

In addition to the above awards, Palaniswami has ordered the Chief Ministers Medal for Excellence in Technical and Specialised Services to six personnel, two each from the Police Radio Branch, Dog Squad and Police Photographers. 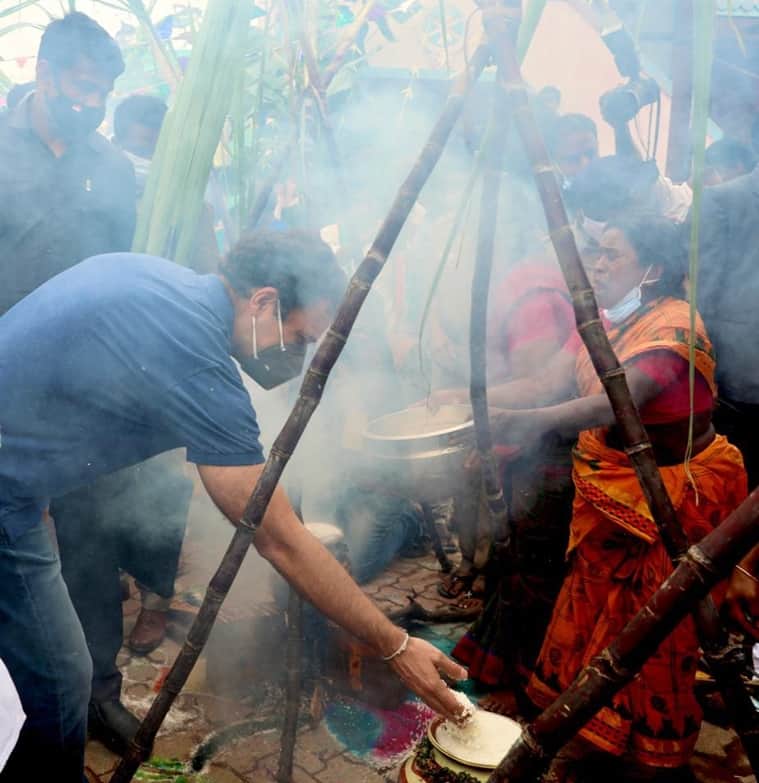 Five men were detained by the police for creating a ruckus during the Jallikattu event in Avaniyapuram. According to the inspector, all five were bull tamers, and had entered the arena with black flags and raised slogans against the farm laws.

The inspector said the five men were taken off the field and detained. “We are investigating the case”, he added. On Day 1 of the Jallikattu event, at least 17 people — bull tamers, owners and spectators — have been injured so far.

Meanwhile, a man was stabbed after a fight erupted between two men on who would release the bulls first.

RSS chief Mohan Bhagwat participated in Pongal celebrations in Chennai. He made a surprise visit to the house of a functionary, where he recited a couplet from the Tirukkural (a Tamil classic), authored by Tamil savant Tiruvalluvar, and performed ‘gau puja’ (cow worship). Bhagwat taught the couplet, on the possession of self restraint, to a girl of the RSS functionary’s family.