"Our earnings from ticket sales improved drastically from October this year due to the festival season and the lifting of the restrictions," said said PMPML traffic manager Dattatray Zende. 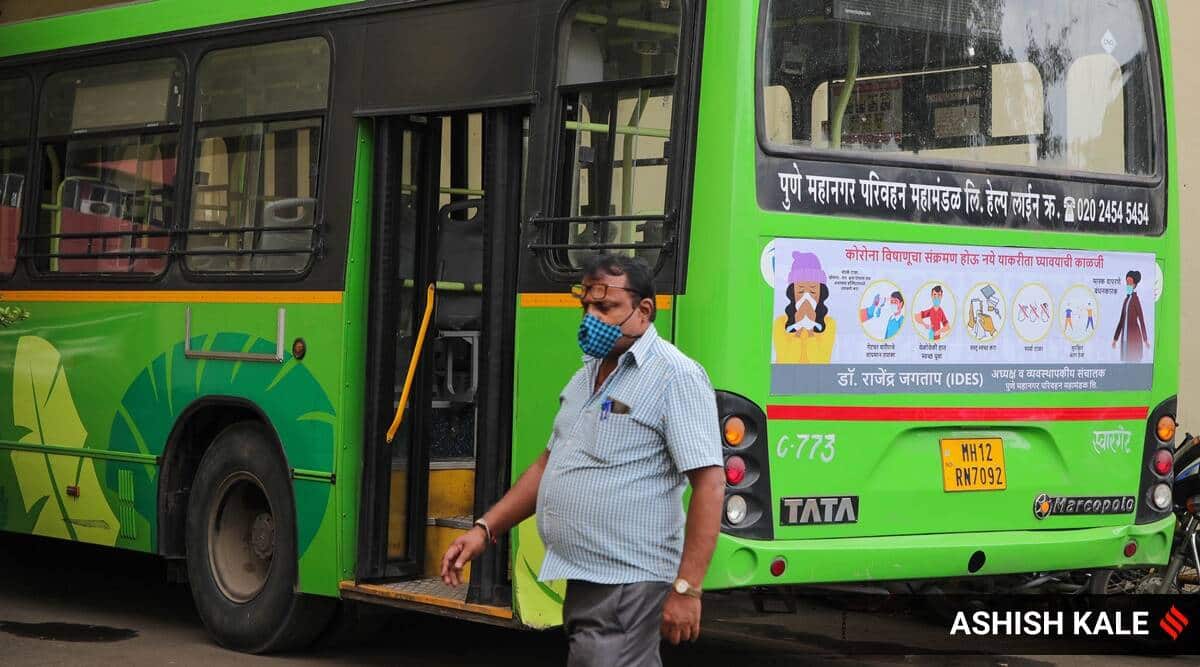 Pune Mahanagar Parivahan Mahamandal Limited (PMPML), the public transport bus service provider for the city, seems to have bounced back from the Covid-induced lull as its daily earnings from ticket sales have consistently crossed the Rs 1-crore mark of late.

After a nationwide lockdown was announced due to Covid-19 on March 22, 2020, PMPML had to confine itself to running a skeletal service, only for employees involved in emergency services. From an average of Rs 1.37 crore daily, the collection suddenly plummeted to Rs 30,000.

As more buses were pressed into service by April 2020, PMPML’s daily income from ticket sales went up to Rs 1 lakh. “Initially, we were running only 400 buses. It was only after September 3, 2020, we could increase the number of buses in a phased manner as passengers, other than those in emergency services, were also allowed to use the service,” said PMPML traffic manager Dattatray Zende.

As cases fell further after the second wave of Covid-19 in Pune and Pimpri-Chinchwad, PMPML brought more buses on to the roads. “Our earnings from ticket sales improved drastically from October this year due to the festival season and the lifting of the restrictions,” said Zende.

In October, ticket sales collection for the first time after lockdown touched Rs 1 crore. “In January 2020, we reached a high of Rs 1.50 crore daily revenue from ticket sales. It went down to around Rs 30,000. And 20 months later, we are almost there, earning an average of Rs 1.08 crore daily from ticket sales,” he said.

Besides the lifting of restrictions, what has further pushed up PMPML revenue is the strike by Maharashtra State Road Transport Corporation (MSRTC) employees.

PMPML currently has 1,500 buses on the road and every day, 7,15,000 commuters use the service. “Except Indapur and Junnar, we now cover 11 talukas of Pune district,” said Zende.

This month, PMPML started running buses right up to Lonavala, which has brought relief to commuters travelling to and from the popular hill station. “Our buses to Lonavala are available from Nigdi. We don’t have direct buses from PMC headquarters or Pune station to Lonavala. It has helped commuters as the local train services are available only from emergency service employees,” Zende said.

Similarly, on the Pune-Nashik highway, PMPML buses now go up to Manchar, instead of Rajgurunagar. In Baramati taluka, PMPML runs up to Morgaon.