In the latest of the two heists, robbers targeted an ATM kiosk in Daund taluka of Pune district, where they dislodged the cash dispenser machine with the help of a rope and pulled it with an SUV. 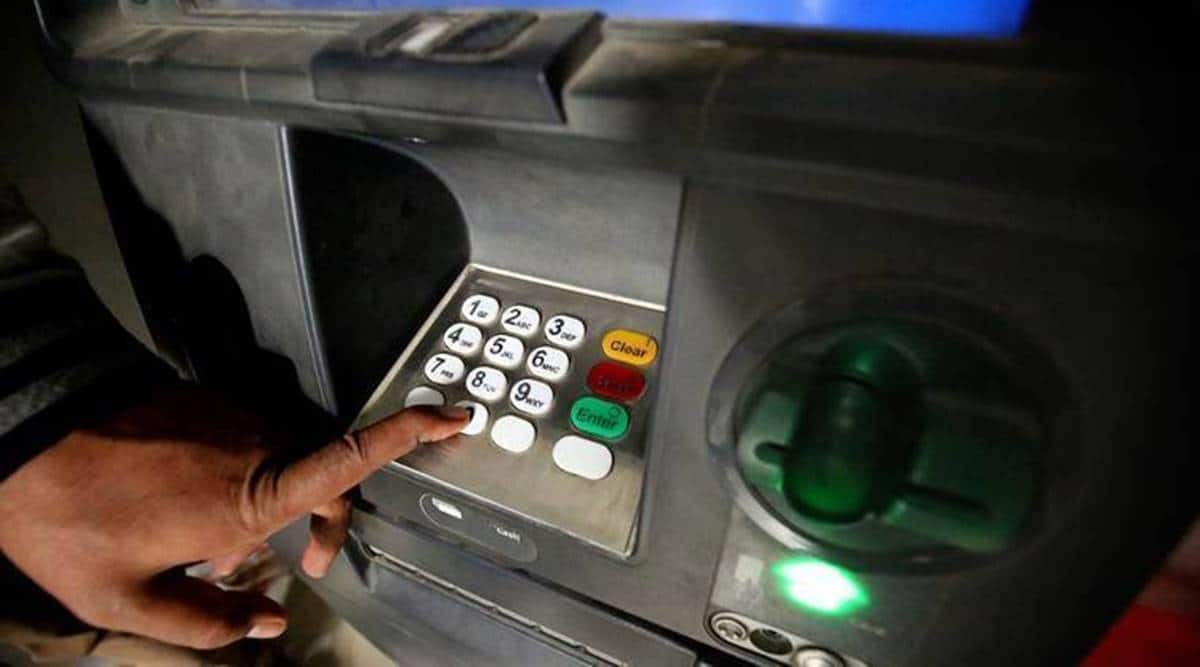 PUNE Rural Police are investigating two back-to-back cases of ATM break-ins in which an SUV was used by burglars to dislodge the cash dispenser with a rope before fleeing with units containing large sums of cash. Investigation teams suspect the same set of perpetrators are involved in both the cases.

In the latest of the two heists, robbers targeted an ATM kiosk in Daund taluka of Pune district, where they dislodged the cash dispenser machine with the help of a rope and pulled it with an SUV. The dispenser contained more than Rs 6.42 lakh cash. The suspects had blackened the security cameras with spray paint prior to dislodging the machine. This break-in had striking similarities to another incident that took place in the jurisdiction of Shirur police station four days ago — an SUV of the same make, same modus operandi and same swiftness of execution.

The ATM kiosk in Daund is of a non-banking payment services provider headquartered in Mumbai and was operated by a local franchise owner.

The heist, which occurred around 3 am on Sunday, did not come to light till Sunday afternoon, when a State Home Guard personnel passing through the area informed the police about broken glass and other scattered objects outside the ATM kiosk. An FIR was registered at Daund police station in Pune rural jurisdiction. Officials said the burglars could not have executed the heist without detailed knowledge of the surroundings, possibly gathered by doing a recce of the area.

Inspector Vinod Ghuge, in-charge of Daund police station, said, “There were no security guards on duty at the ATM nor was there an alarm system.”

Inspector Sureshkumar Raut, in-charge of Shirur police station, said, “There are several similarities between the case in Daund and the one in our jurisdiction four days ago. Same make of SUV used, timing of the heist and the very short time in which the suspects executed the burglary. It is possible that the same set of perpetrators are behind both the break-ins. We are coordinating with the investigation team in Daund.”

The ATM in Shirur belonged to a different non-banking entity and was operated by a local franchise owner.

Pune Rural jurisdiction’s Superintendent of Police Abhinav Deshmukh said, “These cases from Daund and Shirur are being jointly probed. We have observed that many ATMs do not have adequate security measures, guards or alarms systems. We have even found that in some recent cases, these cash dispensers were not even properly fixed to the ground. Such inadequate measures continue in spite of repeated notices. But some banking entities have significantly boosted their security measures over the past few months. Many have installed central alarm systems and control rooms, too.”

In the third week of July, the Local Crime Branch of the Pune Rural Police had arrested two persons who had executed a similar heist earlier that month.

The burglars in that case had triggered a blast using an IED-like contraption, near Chakan in the early hours of July 21. The ATM kiosk was of the same non-banking payment services provider, which owns the kiosk targeted in the Daund burglary.