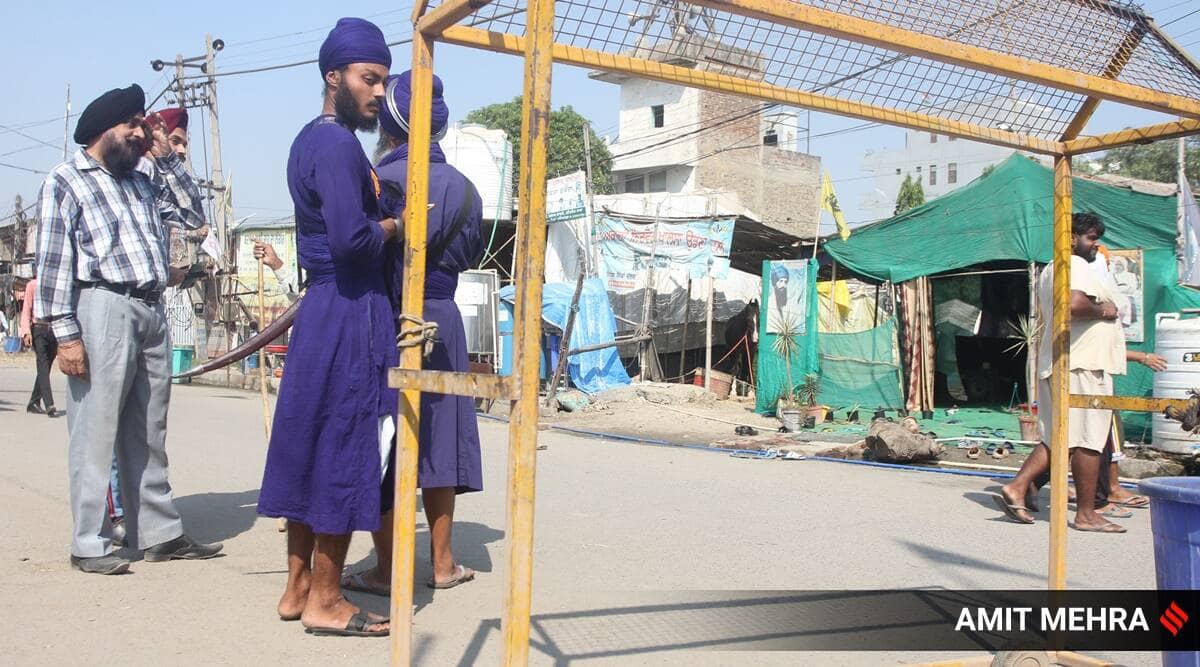 Punjab government on Wednesday formed a Special Investigation Team (SIT) to investigate the circumstances leading to the lynching of Lakhbir Singh at Singhu border.

As per the order by Punjab officiating Director General of Police Iqbal Preet Singh Sahota, Kaur, a resident of Cheema Kalan, “has alleged that her brother Lakhbir Singh, was allured by some unknown persons and taken to Singhu (New Delhi-Haryana Border) where he was murdered by some Nihang Singhs on 15.10.2021 on sacrilege charges”.

The order noted that the SIT was being constituted “for a thorough and expeditious enquiry into the matter”.

A purported photograph of a Nihang sect head, Baba Aman Singh, with Union Agriculture Minister Narendra Tomar triggered a controversy on Tuesday, with the Sikh religious leader alleging that the Centre offered money to the Nihangs to leave the farmers’ protest site at Singhu.

A member of Aman Singh’s sect is the prime accused in the Singhu lynching. After the incident, Aman Singh had justified the killing in his remarks in videos that went viral.

The photograph — which includes former Punjab Police officer Gurmeet Singh Pinky, who was dismissed from service and convicted in a murder case, and BJP leader Harwinder Garewal — is believed to be from a meeting about two months back.

On Wednesday, in another video, Lakhbir – before his hand was chopped off – is purportedly heard saying that Rs 30b000 was promised to be given to him as he also mentions a phone number of another person.

Punjab deputy chief minister and home minister Sukhjinder Singh Randhawa said the SIT was constituted to investigate circumstances leading to the Singhu incident and probe the antecedents of those involved in the incident. Randhawa added, “The SIT would probe who took Lakhbir Singh to Singhu border. It would also look into the antecedents of Sarabjit Singh since there is not much information about him, background of Aman Singh and others associated with the incident.”

Suspecting it to be a “deep-rooted conspiracy”, Randhawa said the SIT would also conduct a probe into the meeting attended by Aman Singh and others with Union agriculture minister Narendra Tomar.