New findings reported by ‘Project: Jeevan Raksha’ indicate that Gujarat has massively underreported deaths linked to the pandemic, to the tune of 5722%, followed by Rajasthan (473%), Jharkhand (464%) and Uttar Pradesh (228%). 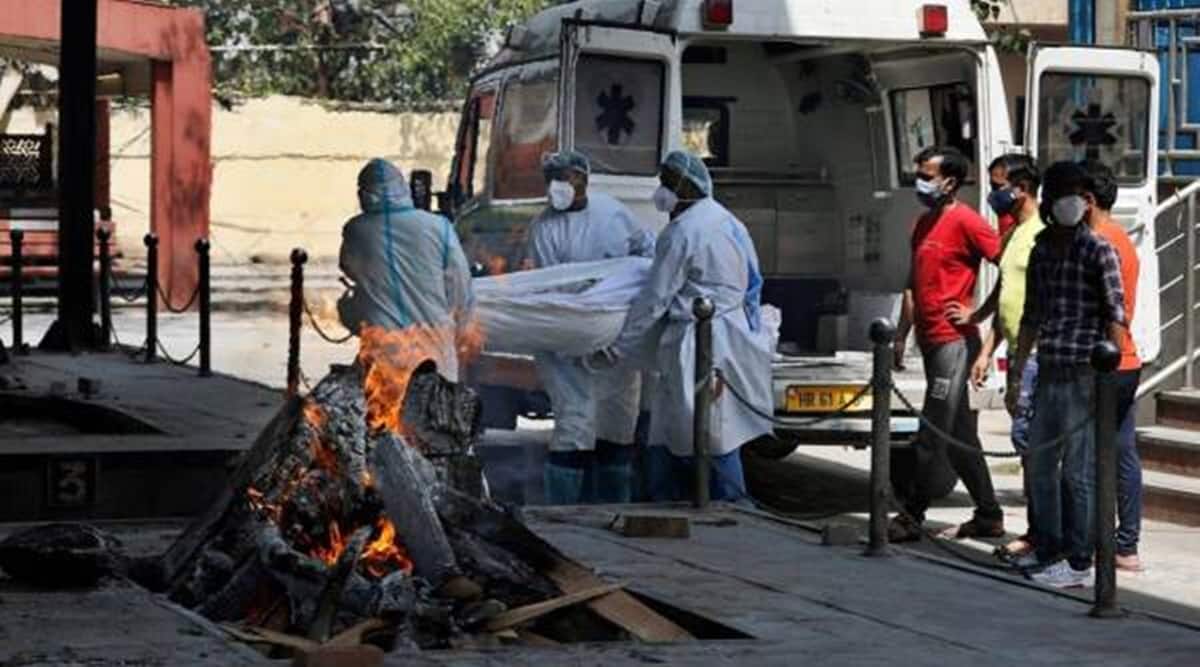 A detailed analysis of month-wise and state-wise health insurance claims made during the last three months in India, conducted by a public-private initiative, has found that several states have underreported Covid-19 deaths.

New findings reported by ‘Project: Jeevan Raksha’ indicate that Gujarat has massively underreported deaths linked to the pandemic, to the tune of 5722%, followed by Rajasthan (473%), Jharkhand (464%) and Uttar Pradesh (228%).

For instance, the report mentions that data compiled from statistics issued by the Gujarat government during the months of July, August, and September 2021 include only 23 deaths linked to the pandemic. However, 1,316 insurance claims (group/individual schemes) for Covid-19 deaths were filed by people in the state during the same time. 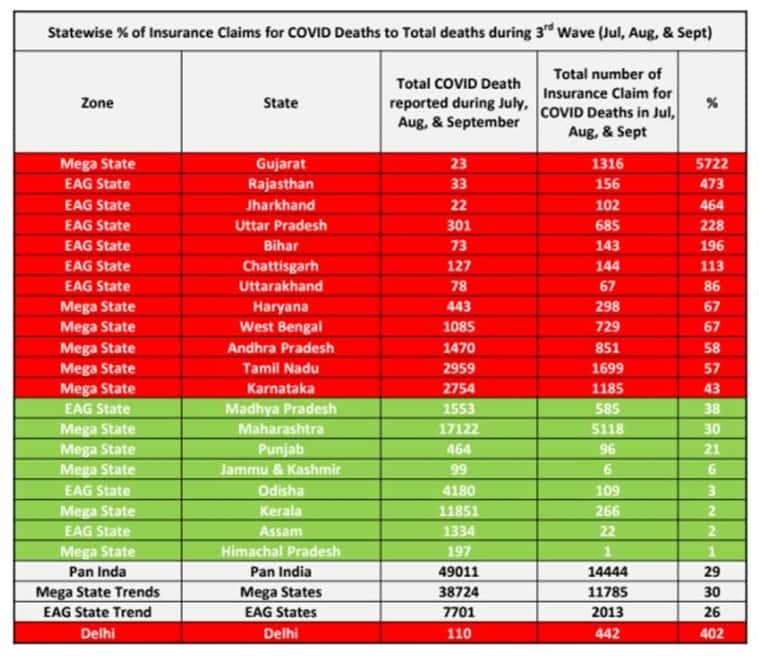 During the same time-frame, Rajasthan and Jharkhand reported 33 and 22 Covid-19 deaths officially when the insurance claims were as high as 156 and 102, respectively.

Explaining the trend to indianexpress.com, Mysore Sanjeev, the convenor of Project Jeevan Raksha (an initiative of Proxima Consulting), said that several states “seem to have artificially deflated Covid-19 cases and deaths, especially in the last three months.”

He added that it was imperative to have a pragmatic view towards the sharp decline in Covid-19 caseloads over the last couple of weeks against this backdrop. “On the other hand, the death toll data is likely to get reconciled to a larger extent in the next couple of months due to the disbursement of ex-gratia amount for the deceased family members as per the guidelines of the Supreme Court,” he highlighted.

It may be recalled that the Union Health Ministry and the Indian Council of Medical Research (ICMR) had jointly come out with guidelines to ensure an ex-gratia amount of Rs 50,000 for each Covid-19 death in a family.

When asked how the analysis was carried out, Sanjeev said that the insurance claim data was analysed from the same reported in each state to the Insurance Regulatory and Development Authority (IRDA). “All insurance companies, private and public, report to the General Insurance (GI) Council of the IRDA. The GI Council shared the monthly Covid-19 Health Insurance claim data for our research and analytics purposes,” he said.

Further, analysing the trend in Karnataka, the study noted that the prevalence of underreporting was “substantially low” in the south Indian state when compared to its north Indian counterparts.

“The process of reporting deaths seems to be more progressive in nature in Karnataka. The fact that considerable sections of the population in the state are insured is also another factor to be looked into,” he said.

However, the observation made by researchers in the case of Kerala seems to be different. “In Kerala, insurance claims have been filed in only 2% cases by the kin of identified Covid-19 victims in the last three months. The ground reality there with insurance claims not being encouraged at hospitals for Covid-19 treatment has financially lynched beneficiaries leading to such a low prevalence (in filing insurance claims) being observed,” Sanjeev noted.