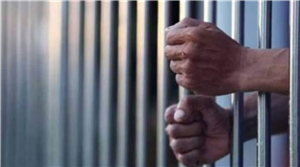 Hiralal Jadhav, 58, has been suspended four times in his career on various charges, ranging from graft to molestation. The state government is planning to reinstate a senior superintendent of jails at Aurangabad, who was suspended on February 22, 2021 for allegedly demanding money from prisoners in lieu of granting parole, days before his official retirement in June-end, an official said.

Hiralal Jadhav, 58, has been suspended four times in his career on various charges, ranging from graft to molestation.

However, he is all set to get back the post he was suspended from despite opposition from several senior jailors.

The latest case against Jadhav pertained to him demanding money from inmates who then approached the High Court with their grievances last year. When the court threatened to take action, following a probe which found a number of similar complaints against Jadhav in the past, the additional director general of police, Sunil Ramanand, sent a proposal to the home department to get Jadhav suspended earlier this year.

Jadhav has approached the Maharashtra Administrative tribunal against the order.

Usually when a suspended officer is reinstated, they are given a side posting, but in this case, jail officials said the lone side posting is not vacant and hence, Jadhav will be reinstated and given an executive posting, sources said.

Jadhav was first suspended as superintendent of Nashik jail in 2005 after a news channel sting operation allegedly captured him asking for bribe. Later, while heading a training college, he was suspended after a few employees accused him of molestation. In subsequent years, he was suspended one more time on similar charges while working in Thane.

Additional DG (Prisons) Ramanand said, “Review of suspension is a routine process. A person can’t be kept on suspension forever. Same rule will be applied to him as well.”

Jadhav said, “My case is in the court. I am retiring this month end. I don’t know what the government is doing but they have to reinstate me.”

Another superintendent of jails said, “Jadhav is a fighter. He has got into trouble on several occasions… Now, with his career coming to an end, he is trying for reinstatement so that his post-retirement benefits are not affected.”