In the first case at Mirzapur, a coronavirus suspect, who had returned from Nepal, fled a government hospital causing panic among officials. 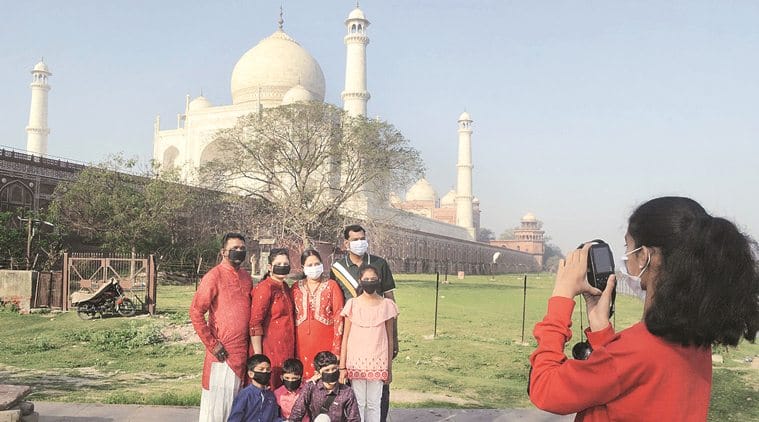 Despite a call for calm in the times of novel coronavirus, panic has got better of a few people in Kanpur and Mirzapur. While a man escaped a hospital in Mirzapur, two passengers were forced to travel in isolation in a train in Kanpur on Monday.

This came after the state added two more coronavirus cases to its tally of 15.

In the first case at Mirzapur, a coronavirus suspect, who had returned from Nepal, fled a government hospital causing panic among officials.

The man was admitted to the isolation ward of the hospital after he had complained of fever and pain in throat. He reportedly escaped through a window, following which the district administration and health officials were informed. He was brought back within an hour.

“The man panicked and ran away from the hospital. However, we managed to bring him back. We have sent his samples for the test and the result is awaited. There is nothing to be worried about and there is no panic at all. There has been no positive case in the district so far,” Mirzapur District Magistrate (DM) Sushil Kumar Patel told The Indian Express.

In the second case at Kanpur, two Indian nationals, who had returned from Israel and were on their way from Delhi to Guwahati on the Dibrugarh Rajdhani Express train, were asked to get down in Kanpur by their co-passengers as they suspected the duo of being coronavirus patients.

According to sources, one of the two passengers sneezed after which a few passengers asked them where they were coming from.

After learning about their journey to Agra, panic set in. Some informed the health department about it.

Kanpur Chief Medical Officer (CMO) Ashok Shukla said a medical team was sent the Kanpur Central junction where it tested the duo before allowing them to continue with their journey.

However, as co-passengers objected to it, forcing the two to travel in isolation – in the pantry car.

“The medical team attended them and found no coronavirus-like symptoms. As other passengers did not want to share the bogey with the duo, they had to complete the rest of their journey in isolation. Their samples will be taken at the railway station where they complete their journey. This is because even though they did not have any symptom, they have returned from Israel and we need to take all precautions,” said Kanpur CMO Ashok Shukla.

For all the latest Lucknow News, download Indian Express App.