While Arun, who rode the two-wheeler, suffered minor injuries, Ajith Kumar is on ventilator support in the ICU. 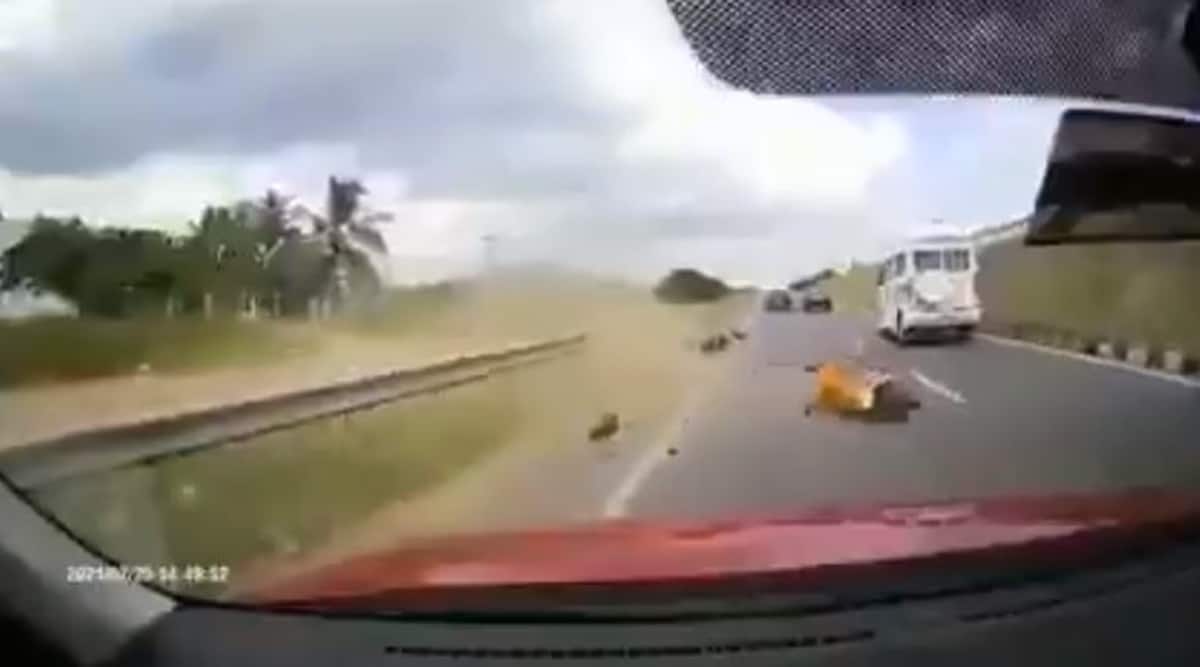 Two people were injured when the two-wheeler they were riding was knocked down by an SUV in a hit-and-run incident on the Salem-Coimbatore highway in Tamil Nadu. Visuals of the incident, captured on the dashcam of another car, went viral on social media.

The injured were identified as Ajith Kumar and Arun from Kannangurichi town in Salem district. First admitted to a local government hospital, they were referred to the Coimbatore Govt Hospital. While Arun, who rode the two-wheeler, suffered minor injuries, Ajith Kumar is on ventilator support in the ICU.

According to the police, the incident took place around 2:30 pm on July 25 near Magudanchavadi. The SUV, identified as Hyundai Creta, hit the two-wheeler and drove away without stopping. The dashcam of the car that followed captured the incident. The owner of that car, who was heading to Bengaluru, handed over the dashcam footage to a passerby, asking him to submit it at the local police station. The footage helped the police in identifying the occupants of the Creta.

The police arrested Satheesh Kumar, 35, who drove the car at the time, the vehicle owner Vinod, and three other persons who were in the car. They belong to the Perambalur district. They have been booked under sections 308, 184 and 161 of the IPC and section 177 of the MV Act.