On Sunday, the health department said a record 21,072 tests were conducted in 24 hours. The testing has gradually increased towards the objective of 25,000 daily tests set by Chief Minister Mamata Banerjee. At the start of the week, the state was testing about 17,000 samples. 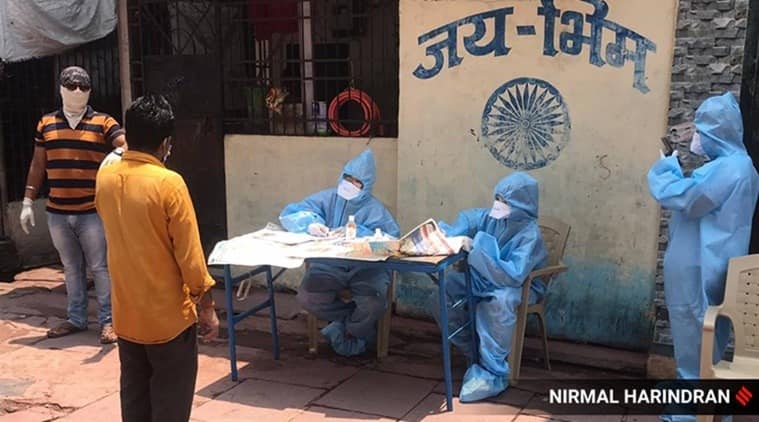 This was the second straight day of record infections and fatalities, and capped off a week in which the state added 16,798 cases, and 306 deaths occurred.

Despite the high number, the average weekly growth of infection slowed down from 5.18 per cent the week before (July 20-26) to 4.08 per cent. The doubling rate of infection — calculated over seven-day average growth — slowed down further from 14 days to 17 days. The slowing of the spread of infection, coupled with the rise in recovery rate to 69.83 per cent, brought some relief for the state health authorities. The weekly recovery rate was a massive 89 per cent, up from 79 per cent the week before.

However, a persistent worry for the health authorities has been a high test positivity rate (TPR), which has been consistently rising on the back of an increase in testing. The TPR on Sunday was 8.08 per cent, breaching the 8 per cent mark for the first time. The weekly positivity rate though declined almost three percentage points to 13 per cent (see accompanying graph).

On Sunday, the health department said a record 21,072 tests were conducted in 24 hours. The testing has gradually increased towards the objective of 25,000 daily tests set by Chief Minister Mamata Banerjee. At the start of the week, the state was testing about 17,000 samples.

During the week, the health department conducted 1,29,352 tests, a 27 per cent jump while the week before testing had increased 18 per cent.

On Sunday, Kolkata Police lost its eighth official to the virus. Traffic constable Dipankar Sarkar, posted at Jorabagan traffic guard, had been diagnosed with the disease last week. He was undergoing treatment at a private hospital.

“We deeply mourn the untimely demise of constable Dipankar Sarkar, who was posted in Jorabagan Traffic Guard. He was affected with #Covid19 and was at the forefront of our #FightAgainstCorona,” the police tweeted.

In North Bengal, where the growth rate dropped marginally to 4.48 per cent, Coochbehar was a case for worry as infections grew 64 per cent. It now has 371 active cases, compared to 150 at the end of last week. The district’s active caseload is the heaviest in the north after Darjeeling (689) and Malda (482). Even Alipurduar, which had 50 patients at the end of last week, saw the number of patients increase to 160.

Kalimpong continued to provide the glimmer of hope in the region and state as for the second straight week it added fewer than 20 cases.