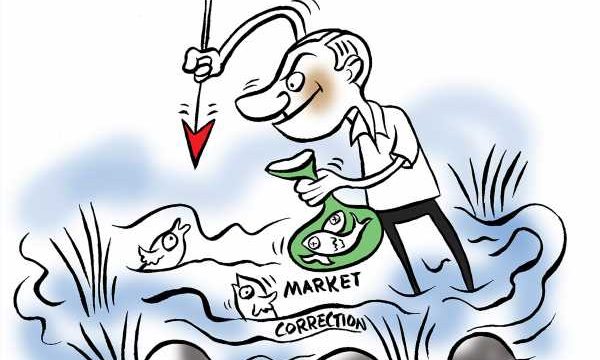 ‘Our advice is to put money into equities now rather than staying away.’

“Risk averse investors, having a one- to three-year time horizon, may look at large/mid/flexi-cap funds,” says Bhattacharya, adding,”However, those who have a five to 10-year horizon should look at a focused equity fund or a mid-cap fund.”

Do you think Indian equity markets will be able to surprise and deliver some return as opposed to the expectation of negative returns in 2022?

The period between January 2022 and March 2023 should be seen as a tale of two halves.

The first six to nine months of this year (till July or August) will see more volatility, and money making would be difficult.

That said, from a medium-term standpoint, we are constructive on Indian equities.

Our advice is to put money into equities now rather than staying away; 2022 is a year of investing in the markets.

Which sectors, according to you, will lead the market recovery?

Secondly, the direct and indirect plays of real estate would be another area.

Lastly, some of the beneficiaries from government schemes, like PLI, could be another area where there could be strong alpha creation.

Do you think steep interest rate hikes could lead to economic slowdown, domestically and/or globally?

There could be an impact on growth, but whether there will be a global recession or not, will be certain over the next three to five months.

However, these periods (of slowdown and recession) are the best times to invest because, from a three to five-year standpoint, returns usually come when there is a famine outside.

Both equity and debt MFs are seeing negative returns. How should investors rejig their portfolio in such a situation?

While equity markets are testing investor patience in the near-term, we surmise that 75-80% of negative news-flow is captured in stock prices at current levels.

Hence, investors should start allocating incremental money towards equities with a medium-term view.

Risk averse investors, having a one- to three-year time horizon, may look at large/mid/flexi-cap funds.

However, those who have a five to 10-year horizon should look at a focused equity fund or a mid-cap fund.

Experts see primary market activity getting impacted as secondary markets remain choppy. How do you think companies will raise funds given this and the rising interest rates that will make debt expensive?

The short-term volatility has definitely led to deferment of IPOs.

As we get to the second half of 2022, we might see the fund-raising activity restart.

However, there’s another aspect to it. Earlier, around 25 to 30 per cent of global money was earning negative interest rates due to the low-rate regime.

Now, the IRR (Internal Rate of Return) of a project needs to really justify the investment. Hence, people have turned more selective in funding.

Do you expect flows into equity-linked MF schemes slow over the next few months as recession grips major world economies and risk aversion increases?

Domestic investments have been far more resilient this time than the global financial crisis of 2008.

FII outflows, since October 2021, have surpassed the levels seen during GFC.

Back then, equity markets had corrected 60 to 70 per cent, whereas this time the correction has only been about 15 per cent.

Do you expect competition in the MF industry to intensify given the improved market depth?

I do see more tech-based players coming into the market who would make the market richer in terms of choices available to investors.

To that extent, there may also be a bit of consolidation in the asset management industry.

About 85 to 90 per cent of the mutual fund transactions, incrementally, are being done online.

However, investment penetration beyond tier-I or II is still limited, where you need some physical presence.

Commodity users will see, or continue to see, a margin decline driven by high commodity prices.

On the other hand, commodity earners will have robust earnings.

What do you think would be the ideal asset allocation right now?

India should certainly be a main, if not a dominant part, of investors.

Within equities, large-caps perform better during volatile times, but mid-caps are the wealth creators for emerging markets.

Thus, a mix and match strategy is the best way.