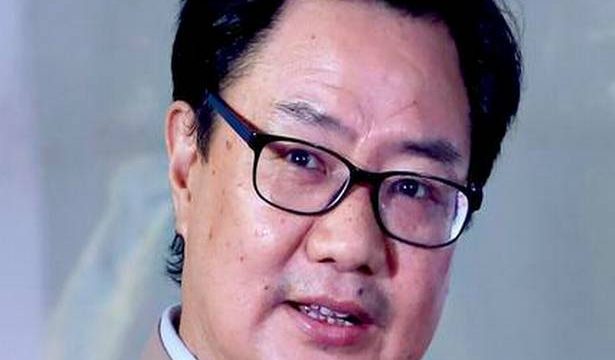 Other under consideration, says Law Minister amid shortfall of 453 judges across 25 high courts

The Supreme Court Collegium, in the past one year, has recommended 80 names to be appointed as judges of various high courts, out of which 45 were appointed as judges and the remaining are under various stages of processing, the Law Ministry informed the Rajya Sabha on Thursday.

Law Minister Kiren Rijiju, in a written reply, said between July 1, 2020 and July 15, 2021, the Supreme Court Collegium made 80 recommendations for appointment of judges. He said while 45 “recommendees” have been appointed to various High Court judges, the “remaining proposals are under various stages of processing with the government and the SC Collegium”.

The Minister pointed out that filling up of vacancies in the higher judiciary is a continuous, integrated and collaborative process between the Executive and the Judiciary, requiring consultation and approval from Constitutional authorities at the State as well as Central level.

“Hence, the time needed for filling up of vacancies of the judges in the higher judiciary cannot be indicated. While every effort is made to fill up the existing vacancies expeditiously, vacancies of judges in high courts do keep on arising on account of retirement, resignation or elevation of judges and also due to increase in the strength of judges,” Mr. Rijiju observed.

The total sanctioned strength of judges across the 25 high courts is 1,098 but the working strength is only 645, a shortfall of 453 judges.

According to a chart shared by the Law Ministry along along with Mr. Rijiju’s written reply, of the 10 recommendations made by the Supreme Court Collegium for the Madras High Court in the past one year, the same number of appointments were notified by the government.

On the other hand, eight names were recommended by the Collegium for the Calcutta High Court but no appointment was notified in that one year period.