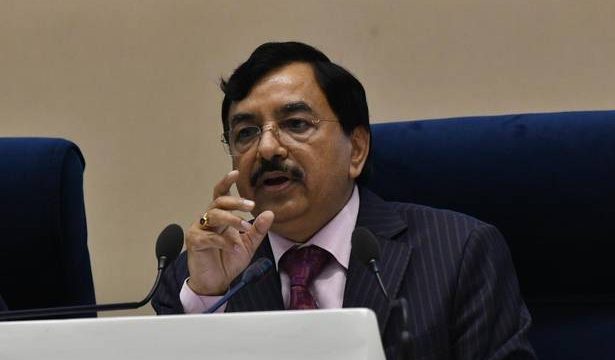 Assembly Elections for Uttarakhand, Uttar Pradesh, Punjab, Manipur and Goa are due.

The Election Commission has geared up to conduct Assembly elections in five States —  Uttarakhand, Uttar Pradesh, Punjab, Manipur and Goa.

While the term of the current Uttar Pradesh Assembly is ending in May, those of the other four assemblies are ending on different dates in March.

Amidst COVID-19 surge, the elections are going to take place in these States. So the Election Commission plans to implement strict protocols and Standard Operating Procedures to ensure COVID appropriate behaviour.

Here are the live updates from the media briefing:

All election of five states will be conducted in seven phases, says CEC Sushil Chandra

The polling time will be increased by one hour.

The air time in Doordarshan for political parties have been doubled.

Political parties and candidates are advised to conduct their campaigns virtual and digital modes as much as possible instead of physical mode.

No victory celebration will be allowed.

Only two people can accompany the candidate to collect winning certificate.

Political parties should provide mask and sanitiser to people attending rally, if they are allowed.

Only five people allowed to take part in door-to-door campaigns.

The Commission will not hesitate to cancel and bar parties from further rallies with COVID protocol is not followed.

There were many queries on the issue of COVID protocols. We should have faith that we can pass through this particular pandemic through our COVID measures, the CEC says

Decision to go ahead with polls was taken after deliberations. The situation is dynamic. He quotes the Constitution to say timely elections are mandatory.

All officials on election duty will be double vaccinated. They are considered as a frontline workers and they will be given precaution dose too, if eligible, he explains. "With this, all polling officials will be safe."

Polling booths will be ensured it is a safe area with proper sanitisation.

The model code of conduct comes into force from today.

Targetted intervention will be made on areas where polling was less in the previous years, says Sushil Chandra

Commission has zero tolerance towards misuse of government machinery for elections: Chandra

Freebies will not be allowed at any cost. The election expenditure per candidate has been increased to Rs. 28 lakh for Manipur and Goa, and Rs. 40 lakh for the remaining three States.

He encourages people to use cVigil app to report any abuse of election machinery like violation of model code of conduct.

Optional facility of online nomination given to candidates. We would like candidates to use this so that physical contact is reduced, the CEC says.

On candidates with criminal cases, the political party should explain why the person was selected despite criminal records.

The candidate should advertise their criminal record in newspapers, he adds.

Maximum number of electors per polling station reduced from 1,500 to 1,250 due to pandemic situation.

Some polling stations will be exclusively managed by women and persons with disabilities.

All stations will be made disabled-friendly. Volunteers will be available to help them.

A polling team with polling officials will go to the home of senior citizen electors and they can cast their vote by postal ballot. The process will be videographed.

Over 13 crore electors will take part in this elections, says Mr. Chandra.

Number of polling stations increased by 16% compared to 2017, he says.

For the past two years, the impact of COVID-19 has made conduct of elections difficult. It is our duty to see how to conduct elections safely. The EC has put in place new protocols, he says.

He narrates various discussions the Commission had with various stakeholders including political parties, district magistrates etc. All fovoured going ahead with polling, he says.