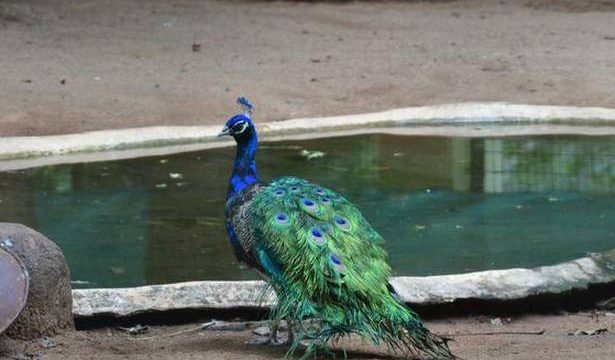 The farmer was arrested and remanded in judicial custody.

A total of 19 peafowl were found poisoned near Tiruppur on Saturday, taking the number of the national bird to have been killed in the district in the last nine days to 54.

Forest Department officials said the 19 peafowl were found dead in a coconut grove belonging to S. Palanisamy (65) of Valasupalayam in Ganapathipalayam village near Palladam on Saturday.

Tiruppur Forest Range Officer A. Kasilingam said that Palanisamy admitted to poisoning the peafowl by littering rice mixed with a pesticide.

"The farmer said that musters of peafowl which foray into his land were causing various damages. We got specific information around 11 a.m. on Saturday that the farmer had killed peafowl. When inspected the grove, we found that he was attempting to burn the dead birds using dry coconut leaves", said Mr. Kasilingam.

The Forest Department staff removed the heap of dry coconut leaves in the presence of the village administrative officer from Ganapathipalayam village and an assistant veterinary surgeon. They found 19 dead peafowl – 17 peacocks and 12 peahens.

The dead birds were autopsied at the same place and samples were lifted for further examination. The farmer was arrested and remanded in judicial custody.

Mr. Kasilingam said that Muthanampalayam, where 35 peafowl were found poisoned on July 9 and 10, was around 10 km away from Valasupalayam.

The Department had arrested K. Bannari (47) of Pollikalipalayam in Muthanampalayam in connection with the poisoning.

The Forest Department has enhanced local intelligence networks to check whether more farmers were resorting to poisoning of peafowl as they cause damages to different crops.