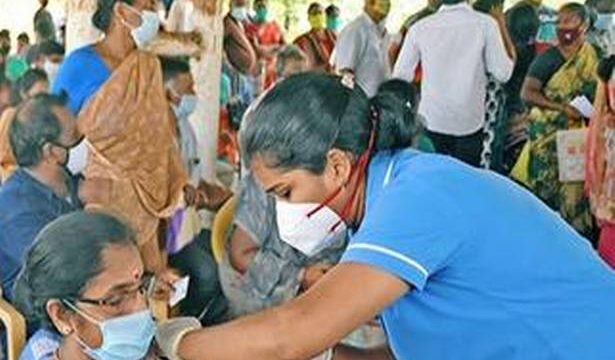 Even as the State is facing a vaccine shortage, the Greater Chennai Corporation has been channelling its resources to vaccinate those who come into contact with a large number of people on a daily basis.

It has started vaccinating workers and traders in the wholesale markets so that those who were exposed to these places do not contract the SARS CoV-2 virus. The civic body, having started the vaccination programme with limited doses in Koyambedu market a few days ago, has begun inoculating the vendors in the Chintadripet and Kasimedu fish markets.

A senior official said the vaccine was in short supply and whenever they received vaccine doses they had been administering them to the priority categories such as those aged above 45 and also those working in markets.

With the lockdown norms relaxed in the city, a large number of people were expected to throng the wholesale vegetable and fruit markets of Koyambedu and the fish markets in Kasimedu and Chintadripet. So far, 7,663 people have been given vaccine during the special vaccination campaign.

The Corporation has covered 13,46,080 people, nearly 66% of the population aged above 45, with the first dose of vaccine.

He said: “Close to six lakh people have been given the second dose and once sufficient stock of vaccines are available, we will accelerate giving second dose.”